ight ICC Associate Nations are playing a week-long T20 tournament at the invitation of Emirates Cricket Board, which certainly pushes them further into improving as T20 sides.

The live cricket streaming of the fourth league round match of the Desert T20 2017 competition will be available on Sky Sports and the live streaming is available on skysports.com. Eight ICC Associate Nations are playing a week-long T20 tournament at the invitation of Emirates Cricket Board, which certainly pushes them further into improving as T20 sides. The Desert T20 2017 tournament will have two groups, featuring four teams each, who will play each other in round-robin format. The eight teams will play eight league matches in Abu Dhabi, whereas the rest of the tournament will be completed in Dubai.

The fourth match of the Desert T20 2017 competition will be played between Namibia and UAE. It must be remembered that Namibia have been invited to play this tournament despite not having T20 status. Namibia came into the tournament in place of Papua New Guinea (PNG), who had refused to take part in the tournament. The second match of Sunday s itinerary will be played at the Sheikh Zayed Cricket Stadium in Abu Dhabi. The other teams participating in the ongoing tournament are Afghanistan, Ireland, Hong Kong, Scotland, the Netherlands and Oman.

Namibia would want to capitalise on the poor run UAE are going through right now. UAE were hammered 0-3 by Afghanistan, also in Group B, in their previous series. In the first match of the Desert T20 2017 competition, Scotland defeated Hong Kong by 24 runs. The next match was between Afghanistan and Ireland, which the former won by 5 wickets, while Netherlands scraped past Oman in the last over earlier in the day. 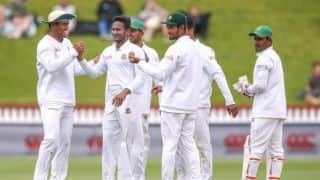 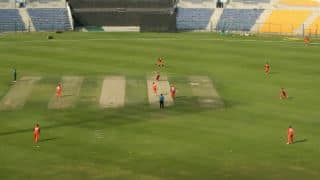