Former England skipper Nasser Hussain feels the host did everything to restrict South Africa but the drop catches might cost them in the end. 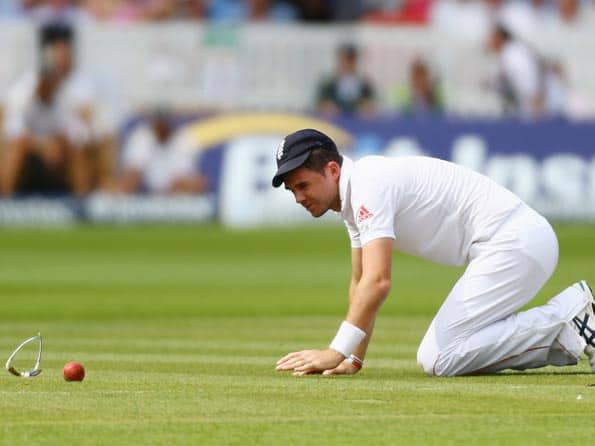 Former England skipper Nasser Hussain feels the host did everything to restrict South Africa but the drop catches might cost them in the end.

“England did all they could to keep South Africa within reach on the fourth day apart from take their catches. If they had done so again in this innings, they would have been chasing a much more gettable total to square this series,” Nasser wrote in his Daily Mail column.

“It is unlike England to drop so many, and reprieving Hashim Amla and AB de Villiers was as expensive as most of the chances they have shelled this summer. It can only be a combination of being under pressure, waiting a long time for chances and being in the field for longer periods.”

“When England dropped catches against West Indies it tended not to be too damaging because another chance usually came along. But this is like it used to be for us against Australia put one down and wait a long time for the next one,” Nasser emphasised.

Nasser wrote that due to Steven Finn s bowling, England has been spared a huge run chase.

“Had it not been for Steven Finn, England would have been chasing even more because he was brilliant on Sunday. He has not always been so impressive in his Test career but this is why he can be so much more valuable than a line-and-length man.”

Nasser wrote that it was a good decision to choose Finn over Tim Bresnan for the Test as the former is more of a strike bowler.

“It was a good decision to pick Finn. Before this game his figures were pretty similar to Tim Bresnan s but the difference is that Finn is more of a strike bowler, whereas Bresnan dries it up and joins the dots.”

“South Africa have done very well in nullifying Graeme Swann in this series, which has made the form of the three seamers all the more important,” Nasser wrote providing the importance of three seamers in the team.

“England s next Test is in India, where they will need five bowlers two of them spinners and it will be difficult to decide between Finn, Bresnan and Graham Onions, who went away from Lord s on Thursday and took nine wickets for Durham. It is why I am not against rotation and picking on conditions.”

“South Africa, basically, have out-Englanded England in this series. They have been very patient and have scored crucial runs down the order. In a way even the awful accident to Mark Boucher hasn t hindered the tourists too much because what they have lost in spirit and in the field has been more than compensated for by the performance of JP Duminy, who has batted very responsibly.”

Nasser also mentioned Vernon Philander, who frustrated the host for most of the fourth day.

“Vernon Philander also batted sensibly in both his innings in this game. Yet he is in the side for his bowling and what followed the South African innings was a world-class piece of opening bowling.”

“There are times when you just have to applaud the quality of the opposition and this was one of them. Say what you want about Alastair Cook and Andrew Strauss but there was little they could do against that. It has made England s task nigh on impossible on Monday,” Nasser concluded.

Shaun Pollock gets the honour of ringing the Lord's pavilion bell