England suspended Stokes from international matches "until further notice" after a video emerged apparently showing him fighting outside a nightclub.

The whole Ben Stokes street-brawl thing has now turned into a national debate in England. Former players, media critics and fans all have views and opinions about the whole incident. Nasser Hussain has come out in the open regarding Stokes place in the squad for the upcoming The Ashes 2017-18 in Australia. The England and Wale Cricket Board (ECB) has suspended Stokes from any national selection till charges levelled on him are cleared. Hussain, writing in his column for dailymail.co.uk, explained that taking Stokes to Australia will only make the tour look like a circus.

Hussain went on to suggest that Stokes should be left at home until proven innocent: Probably the only way would be for the police and investigating authorities to say, definitively, that England’s vice-captain is clear of any wrongdoing and this incident is completely behind him. Otherwise, you fear that his mind will be in no fit state to face the unique rigours of playing in Australia. Not only that, but there is the danger that his whole presence there will turn into a circus. It will be all about Ben Stokes.

He went on to laud ECB for the whole handling of the situation but said that Stokes position should be scrutinised until proven guilty: I also believe that the ECB have a duty of care and should not put Stokes in a predicament that he would find difficult to deal with. The Board have handled the episode well so far, but the video has moved things on.

However, he was all in praise for Stokes the cricketer: “He is the kind of player that Australia would love in their team and, while England can still operate without him, they are much weaker.” 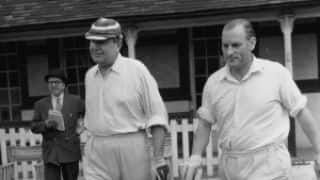 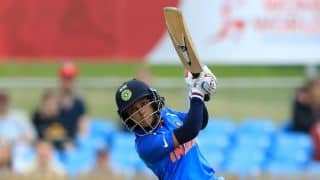