Hussain empathised with the scrutiny that the current England captain went through before the Test.

Nasser Hussain has praised Alastair Cook’s performance in the third Test against England at Southampton. Hussain, the former England captain, revealed that he understands what Cook went through before the Test and he had faced the same pressure during his captaincy. Cook had been under pressure for his own poor form and captaincy before England beat India at Southampton. He also scored runs in that game to bounce back.

Writing in his column for Daily Mail, “It is impossible to understand the pressure you are under as England captain unless you have been there. When things are not going well you feel as if everyone is against you and, while it might be possible to escape the limelight between matches, you still have to do the day-to-day things and you feel as if you’re letting people down.” Hussain then described the pressure he had been under on the tour to Sri Lanka in 2001.

Hussain also stressed on the fact that England need Cook as a batsman and his good performances there will help his captaincy. “I am still of the view that the most important thing for England is Cook the batsman. A lot of things will fall into place, including maybe his captaincy, if Cook is getting runs. It was a brave decision for him to have a bat on a pitch with a little bit of grass on it here. But it was the right decision and he went in with a clear mind and deserved the luck he got at the start of his innings,” Hussain wrote.

Cook scored 95 and an unbeaten 70 at Southampton to break a long run-drought. Though England had won the Ashes 2013, Cook wasn’t at his best and his woes compounded in Australia during the Ashes 2013-14. And during the home series against Sri Lanka as well, he had a tough time. 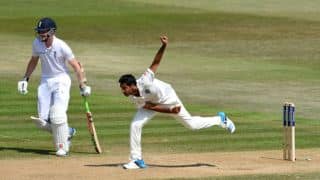 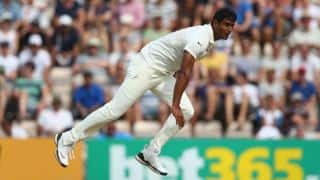