The 46-year-old retired cricketer is now a popular presenter on Sky Sports.

Nasser Hussain, the former England captain was conferred with the ‘Lifetime Achievement Award’ at the inaugural Asian Cricket Awards held at the Lord’s yesterday night. “It is a great honour and privilege to receive this award. I have always been very proud of the Asian part of my heritage, and my dad would have been extremely proud to see me win an award like this,” said the batsman, who was born in Chennai to an Indian father and English mother.

The 46-year-old retired cricketer is now a popular presenter on Sky Sports and has been coaching at New Hall School in Essex since 2010. Hussain was joined by fellow England squad veteran Mike Gatting at the awards set up to celebrate the positive impact made by Asians within the UK cricket community.

“To see the wonderful passion that the Asian community brings to cricket, as I’ve seen many times when I’ve been overseas playing in India and other parts of the world, is fantastic. The Asian Cricket Awards have been a fantastic day for cricket. To see a community spreading the word of cricket is fantastic. It doesn’t matter what community, we try and support the game,” said Gatting, MD of the England and Wales Cricket Board (ECB).

England all-rounder Moeen Ali, who is of Pakistani origin, capped a memorable summer by being named ‘Player of the Year’ at the awards. “It doesn’t get any better than this,” said the 27-year-old from Birmingham, who beat fellow England players Ravi Bopara and Adil Rashid to the award.

“I feel very proud and priviliged to be here. It’s a fantastic achievement for the Asian Cricket Awards to be at the home of cricket. I’ve had a great year. It’s been fantastic, I’ve loved and cherished every minute of it. Hopefully, I can keep it up for a few more years. I felt honoured to be in the top four for this award, and I am very proud to be the first guy to win the Asian Cricket Awards Player of the Year,” he added. 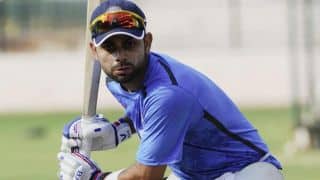