Australian off-spinner Nathan Lyon is confident that Australia will overcome the humiliating whitewash they suffered in Sri Lanka.

Australian off-spinner Nathan Lyon is confident that Australia will overcome the humiliating whitewash they suffered in Sri Lanka. Australia were defeated 0-3 by Sri Lanka riding on Rangana Herath 28 wickets in the series. Ahead of the big season of Tests at home, Lyon is optimistic about their chances. Australia had entered the series against Sri Lanka ICC Test team as they hadn’t lost a single Test in almost a year but the humiliating defeat against Sri Lanka ruffled their feathers in sub-continental conditions. Lyon had to go through criticism for not being able to extract the same amount of spin his counterparts could.

“I know where I stand in one-day cricket and my goal is to still to play all forms of cricket for Australia. That’s not going to change,” Lyon said according to cricbuzz on Wednesday (October 5). “I’ve got to go out and perform well for New South Wales and keep putting my hand up.” Lyon got a total of 16 wickets in the series against Sri Lanka but still had various doubts raised on his credentials. Lyon has been left out of the side that is touring South Africa, but the off-spinner is keen on making his international comeback through New South Wales before the international summer starts in early November against South Africa.

“It was definitely (a) difficult (tour),” he said. “They played spin very well. Probably a lot better than what we played, to be honest. But I know a few areas I need to work on. We didn’t perform well, we deserved (the criticism).

“We didn’t play the Australian way. We didn’t go out there and perform as an Australian team needs to and that’s part of our job,” he added. “We’re going to get criticised so we’ve just got to get better at that and get better at each and every role we play,” he added.

“I’ve been talking to Steve Smith and David Warner the last couple of days and they seem pretty confident with what they’re doing over there so I’m confident the boys can bounce back,” he said. “Leading into a summer, I reckon we’ll be flying by the time the Test matches come around.” 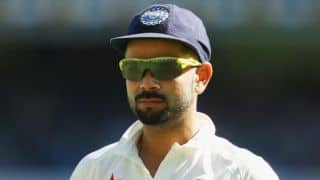 Virat Kohli: Making a decision and backing it is the real essence of captain 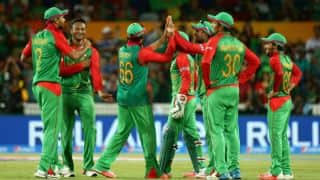 Bangladesh vs England 1st ODI: Likely XI for the tigers