Nathan Lyon also registered over 50 wickets in The Ashes.

Nathan Lyon became the highest wicket-taker in Tests in 2017, surpassing Kagiso Rabada. Lyon was at the third spot, behind Rabada and Ravichandran Ashwin, before the ongoing second Test of the 2017-18 Ashes.

Lyon dismissed Alastair Cook first, to equal Ashwin: it was a regulation off-break that found Cook’s outside edge. The next wicket was a special one, when Lyon flew to his left to hold onto Moeen Ali’s mistimed drive. He then dismissed Stuart Broad and James Anderson to register his 10th four-wicket haul.

Lyon also registered over 50 wickets in The Ashes. He had made his Ashes debut in August 2013 at Old Trafford. He took 19 wickets in the series, at 33.6 in 3 matches. In his second Ashes, at home, he scalped 16 wickets at 29.3 from 5 matches, helping Australia regain The Ashes. However, Australia returned the urn in 2015 in England: Lyon finished with 16 wickets at 28.2. In the ongoing Ashes, Lyon has thus far taken 9 wickets. 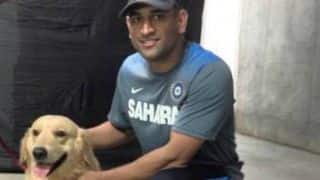