Nathan Lyon intends to join his captain Steven Smith and David Warner in being players appearing across formats for Australia.

Nathan Lyon, Australia’s premier Test spinner, has been in tremendous form off late. He played a leading role in Australia’s 4-0 Ashes Test series win over England, playing in all five Tests and capturing 21 wickets at 29.23. Lyon is Australia’s most successful off-spinner with 290 Test wickets.

The 30-year-old off-spinner is continuing the happy run in the ongoing Big Bash League (BBL) 2017-18. Playing for Sydney Sixers, Lyon has bagged 6 wickets from 3 matches at 9.83, and has bowled at an incredible economy rate of 4.91. The Australian has been rewarded for his good form. Lyon will captain the Prime Minister’s XI against England in a Twenty20 match in Canberra next month, Cricket Australia said Saturday.

“It’s a tremendous honour to be selected to captain the Prime Minister’s XI and captain alongside the likes of past greats including Brett Lee, Michael Hussey and Ricky Ponting,” Lyon said.

Former Test wicket-keeper Brad Haddin will coach the PM XI for the match at Manuka Oval on February 2. Cricket Australia also confirmed that the match will become a T20 double-header, with the ICC s 15th-ranked Hong Kong to take on an ACT XI at Manuka Oval on the same day.

‘Want to play all formats’

Lyon intends to join his captain Steven Smith and David Warner in being players appearing across formats for Australia.

“I want to play in every format of the game for Australia and play as much as I can for Australia because the more I play, the better off I am,” Lyon was quoted by Sydney Morning Herald.

He has set his sights in becoming the No.1 spinner for Australia across formats. He further added, “I’d like to think my career-best form is just around the corner somewhere but I’m very happy with the way I’m bowling and confident the way it’s coming out of the hand – it’s a good place to be.

“If I ever get the opportunity to play white ball cricket for Australia again I’ll definitely put my hand up and try to make that spot my own.

“That’s my personal goal, to be the number one spinner in all three formats for Australia, I know I have a lot of work to do but that’s one of my goals.”

With Adam Zampa not really living up to the expectations, Lyon’s chances have only increases. Australian selector Mark Waugh has hinted that Lyon may yet be playing in the yellows soon.

“He’s bowling well isn’t he? Doesn’t matter what form of the game he’s bowling in at the moment,” Waugh said. “He’s just gone to another level really. I think his confidence has flown through to his white ball cricket, as well as his red ball. He’s definitely pushing for selection in all three formats.” 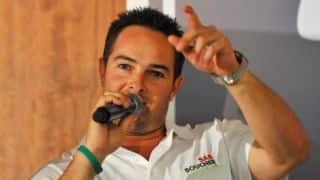 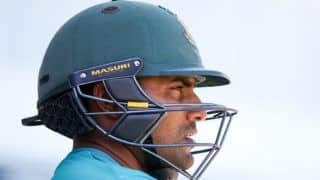