Nathan Lyon's selection is in preparation for the upcoming series against Pakistan.

Off spinner Nathan Lyon has been added to the Australia A squad ahead of the second and final four-day match against India A, starting Sunday in Brisbane.

“Nathan has been added to the squad to give him the opportunity to play some First Class cricket in preparation for Australia’s upcoming tour against Pakistan in the United Arab Emirates in October,” Cricket Australia (CA) Selector on Duty Darren Lehmann said on Thursday.

Lyon is currently in Brisbane, training at the National Cricket Centre. The match will be played at the Allan Border Field. The first match ended in a draw Wednesday. 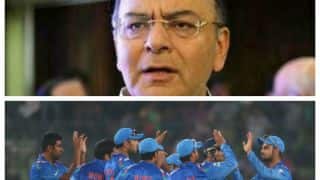