After returning from the forgettable tour, Lyon enjoyed a few days off with his growing family.

Australia spinner Nathan Lyon had to watch the birth of his second child on Skype as he was touring the United Arab Emirates (UAE) with the squad to play a Test series against Pakistan.

Lyon was on tour in the UAE when his partner Mel gave birth to the couple’s second daughter, so he did the next best thing and watched the birth on Skype.

It was the final night of the second Test in Abu Dhabi and thankfully Australia were batting the next day because, understandably, Lyon didn’t get any sleep but it was all worth it as his baby girl Milla Ellen was born, News.com.au reported.

Lyon admitted that it was pretty emotional and he supposes devastating is the word to describe missing something special like that, but added that that’s the work line that he has gotten himself into and there are some sacrifices one has to make.

After returning from the forgettable tour, Lyon enjoyed a few days off with his growing family, including Milla’s older sister Harper, the report added. Virat Kohli: Rohit's value for the team is massive and it's great to have him back 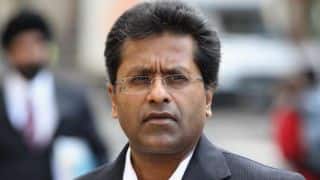