Kolkata: Taking a cue from the ‘Green Initiative‘ of the Indian cricket board, the National Cricket Club (NCC) here on Sunday initiated “Cricket for Environment“, a programme for planting saplings and distribution of bins for waste. The NCC planted saplings at Eden Gardens as well as other grounds in Kolkata Maidan on the occasion of World Environment Day. “Today, being the World Environment Day, we thought of encouraging young budding cricketers about awareness and the role they can play as youth of the country in balancing nature by way of planting of trees and nurturing it”, NCC President Avishek Dalmiya said in a release. READ: Sachin Tendulkar hopes for greener planet on World Environment Day!

“We are also extremely impressed with the green initiative conceived by BCCI President, Mr. Anurag Thakur. The moves would help in preserving and improving the environment,” he added. “Apart from planting plenty of Saplings at the iconic Eden Gardens and other grounds in Kolkata Maidan, the initiative also included ‘Take a walk to Dump’ programme, which featured distribution of waste bins”, NCC Secretary Niraj Kajaria said. READ: National Cricket Club elects Avishek Dalmiya as president

“We explained to more than 100 young talents who had participated today as to why they should walk down to the nearest bin since by doing so, they would not only help in keeping the place clean and environment friendly but would also keep themselves away from various diseases and fly bites.” 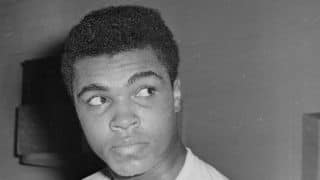 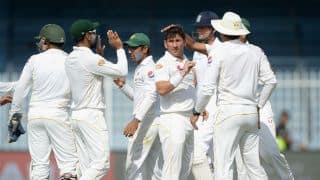