Saini picked up 2/18 in four overs but his robust pace which saw him constantly clock between 148-150 kph - is what has impressed Gambhir. 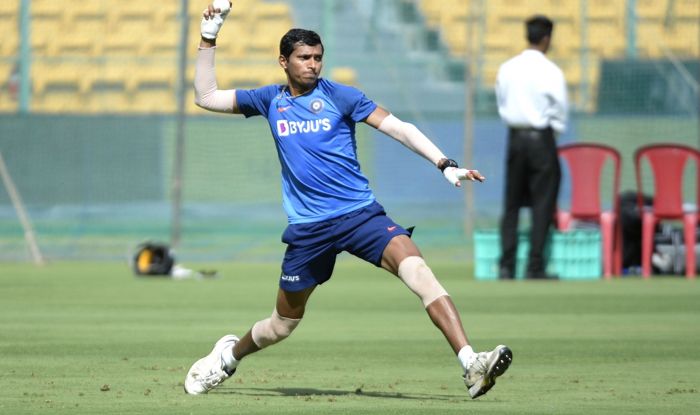 Navdeep Saini once again made heads turn through his hostile spell of fast bowling against Sri Lanka in the second T20I in Indore. Saini picked up 2/18 in four overs but his robust pace which saw him constantly clock between 148-150 kph was what has impressed former India batsman Gautam Gambhir.

Comparing Gambhir with a healthy Sensex, Gambhir reckons the 27-year-old finally seems to be getting his dues after years of toiling in domestic cricket and the fact that with so many quality pacers around Virat Kohli, the India captain must feel no less than a millionaire.

“Like a healthy Sensex is indicative of a thriving economy, Navdeep Saini’s form indicates that systems in Indian cricket are robust and productive. His story was devoid of direction and purpose but now his life and bowling has both,” Gambhir wrote in Friday’s Times of India.

“The spell that he bowled in Indore in the second T20I against Sri Lanka must have left captain Virat Kohli feeling like a millionaire. Besides Saini, Kohli has Jaspreet Bumrah, Mohammad Shami, Deepak Chahar, Bhuvneshwar Kumar and a revitalised Ishant Sharma to shape his attack. While I don’t like to look too much into the future, India’s fast bowling resources will make them proud.”

Saini had once mentioned how he “owes his life to Gambhir”. In 2017, when Saini bowled a devastating spell of 7 for 79 against Bengal, Saini had explained on how the former India opener backed him when no one did. It was during the 2013-14 season that Delhi cricketer Sumit Narwal spotted a wiry-looking boy bowling yorkers at will during a tennis ball tournament and brought him to Gambhir, who was then captaining Delhi.

“Saini was introduced to me by my Delhi teammate Sumit Narwal during the 2013-14 domestic season. I was trying to make it back to the Indian team while captaining the Delhi team. We were always on the lookout for quality fast bowlers. Narwal got Saini to bowl at a net practice of the Delhi Ranji team. But he almost didn’t make it to that practice session. Narwal later told me that Saini was keener on playing a tennis-ball game rather than bowling as a net bowler of the Delhi Ranji team,” Gambhir added.

“Destiny had something else in store. Saini’s tennis-ball match got cancelled and he called up Narwal late that night to say he will accompany him to Feroze Shah Kotla. Narwal had noticed Saini, a lean young boy, in Karnal Premier League and other local cricket tournaments. Apparently, he was sold for Rs 2100 for 4-5 games! It’s a different story that five years later RCB picked up Saini for Rs 3 crore. I will leave out the multiple appreciation mathematics to you.”

Gambhir believes Saini’s experience of bowling with the tennis ball is why he bowls screaming bouncers at the batsman. With India taking on Sri Lanka in the third T20I on Friday, Gambhir expects Saini to carry forward his ruthless fast bowling.

“The fact that Saini played his initial cricket with a tennis ball is why his bouncer and full ball are quite sharp. Besides, his release and action help him get that awkward bounce. Just go back to the dismissal of Rajapaksa,” he said. “This fast bowling bunch is a real treasure, something that we must look after. Bowling coach Bharat Arun too deserves accolades. Friday could see more of Saini’s magic.” 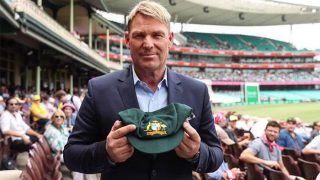