Sidhu talks about courage with some examples from his cricketing experience.

It is all laughter when we listen to former Indian cricketer and member of Parliament, Navjot Singh Sidhu. The way he speaks and the things he speaks are often carried on with a tinge of humour which makes him one of the best cricket orators. Sidhu has played 51 Tests and 136 One-Day International (ODI) for India; for his tremendous six hitting capability, he was given the name of ‘Sixer Sidhu’, by the fans.

During a Discoun event in 2010 organised by Rotary Foundation of India, Sidhu gave a speech on ‘Courage’ and shared various stories from cricket to explain the audience of the importance of having courage to succeed in life. He was awarded the ‘Vocational Excellence’ award along with a memento by the Rotary International.

Excerpts from the video:

According to Sidhu, courage means to convert weakness into strength. He goes on to sum up that courage is not the absence of the fear but it is the conquest of fear and insists that everybody has fear. He shares the story of Karna from Mahabharata.

Sidhu goes on to share a story about Kapil Dev, the match in 1983 where he took nine wickets and everybody were delighted with his performance. The foreign media invited Kapil for a Press Conference. He shares a small shayari before stating that Kapil Paaji (as he everyone calls him) had a weakness which was his conversing in English.

He added that going into the press conference, they will get bouncers. To which Kapil responded, “Sardar, tu bhi soch raha hai, mein darr gaya; wat (in Punjabi) kar dunga wat! (you think I am afraid, I’ll handle them well, you see)”

The first question in the press conference, ‘Mr. Kapil Dev (Sidhu adds his famous word khatak in between), why can’t we produce another Kapil Dev? Why is it the country of 1one billion cannot produce another fast bowler? Why is it?’

The question was repeated for seven to eight times when Kapil stood up and responded, “Ladies and gentlemen (Sidhu adds that there is no ladies in the room), my mummy (mother) is 62 years old and my papa (father) is dead, you can’t produce another Kapil Dev.”

His answer met with an applause. He mentions that Kapil had the courage to face the media even though he didn’t know English very well. Sidhu said even though he knows English, he wouldn’t have the guts to face the media. In school, if his headmaster would have said to participate in a ‘Declaration contest’, he wouldn’t have participated and would have taken a holiday instead because he feared.

He then moves to talk about Indian opener Virender Sehwag. In 2004, he was in the commentary box with Pakistani legend Imran Khan. India were playing against Pakistan and fast bowler Shoaib Akhtar was bowling to Sehwag, delivering bouncers to him.

To this Sehwag goes to Akhtar and responds, “Bhaisahab, aap bowling kar rahe hai ya bheek maang rahe hai? (Sir, are you bowling or begging?)”

The next story he shares is about the legend, Sachin Tendulkar. He talks about the young Tendulkar during the tour of West Indies; in those days West Indies were tough opponents and had a list of dreaded fast bowlers.

Sidhu says that in the dressing room, he was praying that he doesn’t get to bat against Curtly Ambrose and Courtney Walsh. India lost the toss and were put to bat as Sidhu walked out to bat with young Tendulkar. He shares an interesting insight of what batsmen talk between the overs, they don’t talk about any techniques but he says, “Arey Tendulkar, tu mota ho gaya (You have grown fat, Tendulkar.)”

The first delivery which Sidhu faces from Walsh, hits him on the chest. He adds, he played all the six balls but the ball touched all parts of his body but the bat. Tendulkar then faced Ian Bishop and whacks him for a six to which Sidhu walked towards the maestro and asked how did he do it? To which Tendulkar responded, “Tu bol raha tha ball shararat kar rahi hai tappa padne se, maine ball tappa hi padne ni di. (you were saying that the ball is moving a bit after hitting the deck, so I just didn’t allow the ball to hit the deck only.”

He goes on to share another Tendulkar story, during the then 15-year-old Tendulkar on his first tour of Pakistan. The first three matches were drawn and Imran Khan had ordered the grounds man to not cut the grass during the fourth Test. It was the fifth day of the Test and India were tottering at 22 for 4; Sidhu said that he had recently married and the Pakistan bowlers were making his life so miserable that he felt it was better to get out than facing their wrath.

The batsman responded that he couldn’t even see the ball. Shastri got out the next over and in walked Tendulkar; the very second ball he faced, it hit the inside edge of his bat and hit his nose. Sidhu says, Tendulkar was bleeding profusely and Sidhu immediately called for a stretcher. A 16-year-old Tendulkar said, “Mein khelega (I will play).”

Even with such an injury, young Tendulkar wanted to play and Sidhu admired his courage and drew inspiration that a young kid is ready to fight it out for the country while Sidhu himself is thinking about his wife in this situation.

Tendulkar stood there and faced Waqar eye-to-eye even to the extent that he sledged him in Marathi. Tendulkar scored 57 runs in that innings while Sidhu fought it out with a 97.

33:16 to 38:40 minutes: Sidhu shares about his ODI batting against Australia in his debut match

Sidhu, before talking about his first One-Day International (ODI) match says that he was advised that he shouldn’t hit sixes all the time in international cricket and that he has to play a sensible game to survive and score big. Coming to the match, it was against Australia who had scored 260 runs batting first. Sidhu recalls that, he was in the dressing room being tensed and sweating as he waited to bat at number three. When Sunil Gavaskar got out, Sidhu was told by a team-mate to get ready. Sidhu walked out and everyone cheered him in the stands, and that encouraged him. He remembered that he has to play a sensible game and not go bashing and he does the same to start.

With him playing the slow way, the fans started booing him. He shares about the run he wanted to take but his partner Kris Srikanth saying no to it and him having to run back to the crease. Once he was given not out, Sidhu says that he forgot about everything else and went back to being the old Sidhu who would play all sorts of shots and he did that to Peter Taylor the very next ball, smashed a six. In that period at 37:57 minutes, we can see Javed Akhtar in the audience as well. Sidhu adds, four overs after that over, he was on 44 with 6 sixes and 2 fours.

He ends his speech sharing a story about his commentary stint with Sir Geoffrey Boycott. He tells that Boycott used to insult him and so he thought of giving him back. He reveals that in those days, Boycott was trying to woo Bollywood actress Shilpa Shetty. And so during a commentary stint, Boycott spoke about the bright sunshine which reminds him of Shilpa. To which Sidhu responds that, Shilpa only smiles at you (Boycott) because, she thinks that you (Boycott) are her father’s best friend.

From then on he always used to pick on Boycott. They went for dinner and revealed that Boycott was miser who wouldn’t pay much. So that the bill comes out to be a huge one, Sidhu ordered two lobsters which costs $110 each, Sidhu rarely used to eat meat, he added. Since then Boycott never bothered Sidhu.

At the end he mentions about one article published in The Indian Express that he was a ‘strokeless wonder’, and said that because of the article, he was dropped from the Indian side. He took that as an inspiration and changed his lifestyle; practicing cricket and following a routine became the utmost important to him. He was chosen again for India after a four years gap and performed excellently. He got a newspaper Khaleej Times where the same author had written an article but with a different headline, ‘From a stroke-less wonder to a palm grove hitter.’ 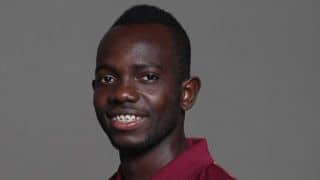