A proposal for a tie up with CA Academy for coaches, physios and trainers education would be taken up.

Chandigarh: The National Cricket Academy’s (NCA) new committee headed by MP Pandove in its first meeting will discuss the possibilities of having an exchange programme with Cricket Australia for coaches, physios and trainers.

“After taking over the charge, I have been in consultation with others and have worked out an agenda for streamlining the functioning of the NCA. We need to provide proper technical advise to the various state cricket academies for their proper functioning,” said Pandove.

The coaching staff at the NCA needs to be top class and well-versed with the various latest techniques of training for batsmen, bowlers and fielders.

He also felt that the Academy had also to look after the mental strength of the trainees and had the direct responsibility of training Indian teams in all age-groups including the Indian women cricket teams.

Of late, NCA had come to be known as a rehab center for the injured players but now after the closure of specialist academies it has once again assumed the role of a mentor for the various state cricket academies which would be looking up to this premier institution for guidance and technical support, he felt.

“To thrash out all these issues, the first meeting of the NCA Committee is being held very shortly and in the upcoming meeting a proposal for a tie up with Cricket Australia Academy for coaches, physios and trainers education would be taken up in order to keep abreast of the latest techniques in these parameters,” he informed.

He was hopeful that the concerted and focused efforts of NCA Governing Body would bring about fruitful results, which would be in the interest of the promotion of the game of cricket in the country. 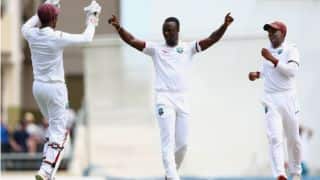