Australian pace spearhead Josh Hazlewood has foreshadowed bowler rotations during this year’s Ashes series, saying the tight schedule will make it “near impossible” for the top quicks to play every Test.

The team will face Joe Root’s England in five Tests in less than seven weeks, immediately after the one-day World Cup.

Hazlewood said the workload meant the chances of himself, Mitchell Starc and Pat Cummins playing every Test was slim.

“The last four Tests are back-to-back,” Hazlewood told Cricket Australia’s The Unplayable Podcast Thursday. “I think it’s going to be near impossible for any quicks to play all five with it being such a tight schedule.” (READ: No idea how we’re going to work out World Cup schedule: Pat Cummins)

Hazlewood, who has been sidelined since January with a back injury but is confident of being fit for the World Cup, admitted a long period of short-format cricket leading up the five-day Ashes Tests was not ideal. But he said it would at least ensure the team was playing at the highest level.

“I think we’ve got one four-day game between those two tournaments (World Cup and Ashes) and a couple of training sessions,” said Hazlewood. “It’s going to be a pretty quick turnaround.”

Hazlewood played in the first four Tests during the Ashes in England in 2015 before an injury forced him out of the fifth.

The first Test starts at Edgbaston on August 1. 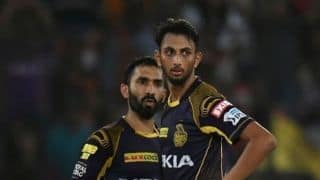 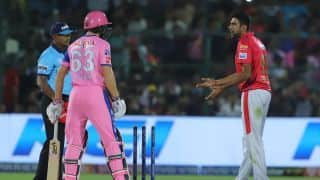