Brathwaite will be seen in Kolkata Knight Riders colours in the IPL this time and, for obvious reasons, called it his happy-hunting ground.

Kolkata: If the West Indies can “replicate” the stunning form they displayed against England recently, they may go all the way in the ICC World Cup 2019, star all-rounder Carlos Brathwaite said Friday.

West Indies showed remarkable resurgence at home, winning the Test series 2-1 and drawing the ODI rubber 2-2. “I don’t want ourselves to be called favourites or underdogs. But we have recently played some great brand of cricket (against England) and if we can replicate that (in England) we will go somewhere close to challenging for the title,” the 30-year-old said on Friday. (ALSO READ: Chris Gayle becomes West Indies’ leading run-getter in T20Is)

“We have been traditionally a good tournament team, so hopefully, we can win the third World Cup. From the players point of view, we have the belief that we can win, and we will play our best cricket,” he said.

Similar to the 1992 World Cup, all 10 teams will play each other in a round-robin format, with the top four qualifying for the semi-finals and the Barbados all-rounder has done his calculations, as they take on Pakistan in their opener at Trent Bridge on May 31. “We have to play our best game over nine or something preliminary games and then in the semi-finals and finals. We are keeping our hopes up, we are very positive. (Watch: Astute KKR promise to pack a punch like always)

“We know what we can do but we need to execute our plans. We have full faith that we can lift the trophy.”

He said they have the one of the world’s best allrounders in Andre Russell. “He is probably the best all-rounder in the world in this format. I will continue to learn from him.”

Having played the winning role by hitting four sixes in a row to win the World T20 final against England here in 2016, Brathwaite hasn’t been that consistent and also lost his Test berth. “I have contributed to wins in the past which haven’t made as big headlines as the World T20 final contribution.”

Brathwaite said it’s about playing a role in a winning cause, like taking crucial wickets or making a quickfire 25.

“I would be not hitting four sixes again maybe, but I am happy to be contributing. It’s not about scoring a fifty or taking a hat-trick. I’ve matured over the years,” he said.

Brathwaite will be seen in Kolkata Knight Riders colours in the Indian Premier League (IPL 2019) this time and, for obvious reasons, called it his happy-hunting ground.

“It’s kind of a happy-hunting ground. I have had a few good games here. In the same World Cup, had a good warm up game with bat and ball. I had a decent game with the ball against India as well though we didn’t cross the line. (ALSO READ: Batting has been Kolkata Knight Riders biggest strength: Simon Katich)

“I bowled the last over here to defend some runs for Sunrisers Hyderabad (SRH) against KKR so yes I have good memories. But counts for nothing as we start from zero. I am under no illusions and looking forward to get stuck in,” he said.

The all-rounder was KKR’s biggest pick at Rs 5 crore at the auctions. “KKR is one the teams that has bid for me throughout my short IPL career thus far. During IPL after games CPLs that sort of stuff met Venky Mysore. So, it’s good to be working under him.

“I have watched the Knight Riders franchise from afar in my three IPLs and CPLs since they have taken over Trinbago Knight Riders as well. Seems like it’s relaxed place and a happy family,” he signed off. 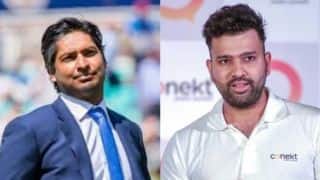