Bhuvneshwar admits returning to the team will be challenging for him with the rise of fellow fast bowlers. India‘s recent 0-3 ODI whitewash in New Zealand has got people talking and the team needs to win the three-match ODI series against South Africa starting Friday for their own confidence, asserts a returning Bhuvneshwar Kumar. India have not beaten South Africa in an ODI series at home since getting beat 2-3 by them in 2015. India captain Virat Kohli may have his priorities set when it comes to the importance ODIs hold in a T20 World Cup year, but Bhuvneshwar insists any international match holds equal importance.

“International matches are important. We just lost a series in New Zealand and you all are aware of the reactions after that. Our aim is to win the series because if we don’t do well, an individual’s confidence also gets affected,” Bhuvneshwar said on the eve of the first ODI between India and South Africa in Dharamsala on Thursday.

“T20 is a different thing but if we do well here, we will have confidence going into the IPL which is necessary.”

Bhuvneshwar returns to top-flight cricket after an injury lay-off kept him out nearly three months. He suffered a groin injury during the West Indies series in October and was even hurting from a hamstring strain during the World Cup. With Bhuvneshwar returning to the fold, the management has left Shardul Thakur out and the 31-year-old admits returning to the team will be challenging for him with the rise of fellow fast bowlers.

“It’s difficult to maintain pace when you are returning from an injury because it always plays on the mind that if you strive for pace then the injury might reoccur. The best option is such a case is to play matches as much as possible to gain confidence that you are fit,” Bhuvneshwar said.

Bhuvneshwar underwent successful rehab at the National Cricket Academy and revealed returning to the team with less than 100 percent fitness was never on his mind. As per NCA guidelines, a player is supposed to play some level of competitive cricket, and like his returning teammates Shikhar Dhawan and Hardik Pandya, Bhuvneshwar received game time and got among wickets.

“When I started after the surgery, I started slowly. After one week I started different exercises related to bowling and then when I felt I am fit, I started bowling at the nets and played matches. I didn’t want to return without playing a practice match,” he said. 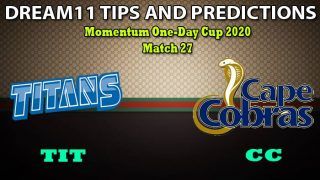