Indian captain MS Dhoni feels team s inability to wrap the Australian tail was one of the factors responsible for the loss in the first Test against Australia on Thursday. 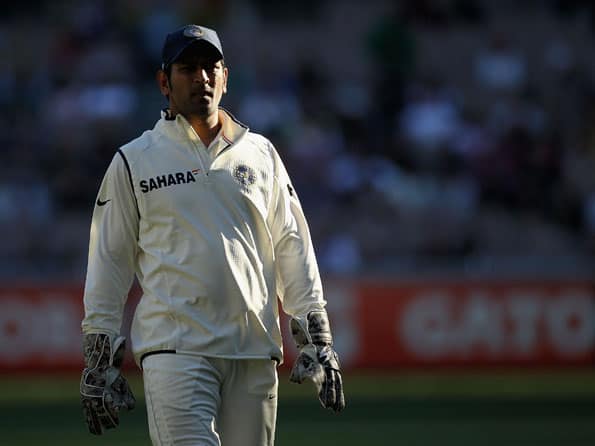 Indian captain MS Dhoni feels team s inability to wrap the Australian tail was one of the factors responsible for the loss in the first Test against Australia on Thursday.

Dhoni, when asked if partnership between Ben Hilfenhaus and James Pattinson made a big difference replied saying that it the extra 40 runs added by Australian tail was a big difference in the context of the recently-concluded match.

He was quoted in BCCI.tv as saying, “I think it did. It s not like the bowlers didn t try whatever they could. They bowled in the right areas, they pushed [the batsmen] to drive [and] they bowled bouncers also at times.

“It s a difficult one because the Kookaburra ball stops doing anything close to the 70th over [ ]. We definitely need to find a way to get the lower order out because if they keep adding those extra 30 to 40-odd runs, it can really make the difference. [ ]”

The Indian captain feels the practice sessions before the match are worthless unless those skills are applied during matches. He said, “You have to leave the deliveries on the bounce but it s not something that we were practicing over and over again. We wanted to make the most of the 12 to 15 days that we had in our hands. It was just general practice that we did. We were looking good but you need to apply yourself in a particular game.”

Despite the loss, Dhoni feels India s overall bowling was a big positive to take forward in the second Test. He said, “All the three bowlers did a very good job. In the first innings we leaked a bit of runs, we bowled a fraction short [than] what was needed but after that the bowling department on the whole did a very good job.

“Ishant [Sharma] did a very good job of containing [the batsmen] which gave an opportunity to Zak [Zaheer Khan] and Umesh to attack a bit more.”

“It s a long series; we have four Test matches. [It] gives you a lot of room to come back into the series. We will definitely take the positives out of this first game [and] work on the things that went wrong and come back strongly in the next Test match.”