The "pain" of not being able to play in the World Cup final will always be there but Ashish Nehra wants to forget the disappointing last month in his bid to make an international comeback at the earliest. 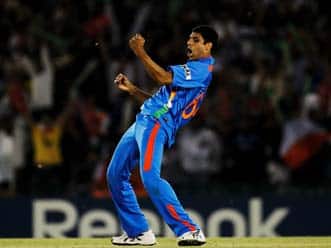 The “pain” of not being able to play in the World Cup final will always be there but Ashish Nehra wants to forget the disappointing last month in his bid to make an international comeback at the earliest.

“I have just come back from Australia last week. My finger surgery went off well. My recovery has been pretty good. I was at the National Cricket Academy (NCA) doing my rehabilitation work. I have also started bowling in the nets and haven’t faced any problems,” Nehra told PTI.

However, the senior pro is unlikely to feature in the remaining matches for Pune Warriors India who have lost six out of their eight games in the IPL.

“Playing in IPL is out of question right now. Although I have started bowling, I still have a slight pain in my fractured finger. At this point of time, batting and fielding are still a problem. So I would prefer to get fully fit before making myself available for selection,” the left-arm speedster said.

Realistically, Nehra is eyeing to make a comeback in the ODI team that will tour Caribbean after IPL but the next couple of weeks will determine whether that will be possible or not.

“I will be again going back to NCA for two-week rehab program. The physios and the doctor will monitor my progress. If I get positive response from them, I will submit my fit-certificate and make myself available for selection for the West Indies tour.”

“It was painful to sit in the dressing room watching India win the World Cup. But then I was happy for my team also. I tried thinking about Praveen Kumar. He was a certainty in the squad but missed out due to injury,” said the Delhi pacer who celebrated his 32nd birthday on April 29.