The Honorable Prime Minister of Nepal, Pushpa Kamal Dahal, on Sunday in Kathmandu, met the International Cricket Council (ICC) delegation officials, led by Chief Executive Dave Richardson, along with ICC Chairman of Associates Imran Khwaja. The main purpose of the meeting was to decide on Nepal membership with ICC, following the suspension of Cricket Association of Nepal (CAN), earlier in 2016. The focus was also on the governance of cricket in the nation, and to also make sure that the potential is realised by individuals in the sport. The meeting went quite well, while Nepal Prime Minister also lent his support with the efforts being made by ICC to lift the suspension. Cricket Association of Nepal (CAN) suspended by ICC

Following the end of the meeting, the prime objective for Nepal would be to build a panel of stake holders, to take over the reins of CAN, and to rewrite its constitution. Following the revised constitution, fresh elections will also be held for the smooth running of CAN. Dave Richardson too confirmed that the meeting with Nepal PM went constructive, reports icc-cricket.com. Nepal win thriller against Netherlands

“The meeting with the Honorable Prime Minister was very encouraging. Nepal is an important member with huge potential. It is important for us to work out a roadmap for its reinstatement,” said Dave Richardson. Imran Khwaja too added by saying that positive steps were being taken for cricketing fraternity in Nepal. “I’m confident everything will be worked out smoothly and the country’s cricket will benefit immensely in the coming years,” said Imran Khwaja.

Nepal was earlier in April 2016 was suspended by the ICC for breach of Article 2.9 of the ICC’s Articles of Association, which prohibited the interference of the government and require free as well as fair election process. As a result of the suspension, ICC also suspended it’s funding to the CAN. However, Nepal was still allowed to participate in the ICC events. The ICC will also be receiving a fresh status report and update over Nepal, in the next ICC meeting in October to be held in Cape Town. 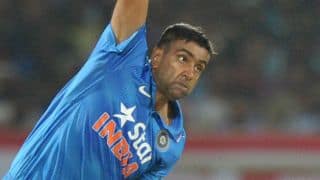 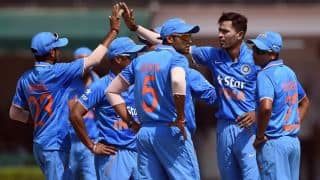