Nepal was given ODI status after they finished eighth in the ICC Cricket World Cup Qualifier 2018.

Ireland have played their first Test, while Afghanistan are all set to play theirs. Nepal, too, are in line to make their ODI debut. Nepal will play their first ever ODI against Netherlands, a 2-ODI series in Netherlands later this year. Nepal were given ODI status after they finished eighth in the ICC Cricket World Cup Qualifier 2018. Speaking about the series, Netherlands coach Ryan Campbell told cricbuzz: “We’re delighted to welcome Nepal for their first ODIs, and our first ODI on home soil since 2013. After the honour of being invited to play at Lord’s, we look forward to showing our home fans what we can do. Nepal are an exciting team as we’ve all seen from the IPL. Sandeep Lamichhane is a world-class player, will be a privilege to have them here. Nepal have always drawn good crowds in Holland, I’m sure it will be a great occasion.”

The last time these two sides met was in ICC Cricket World Cup Qualifiers 2018, where Netherlands beat Nepal by 45 runs in the seventh-place Playoff. Netherlands, too had secured ODI status by winning the World Cricket League Championship in December 2017. Netherlands last played an ODI was in January 2014 against Canada in a World Cup Qualifier match. This is also be the first ODI in Netherlands since 2013, when South Africa had played at Amstelveen. 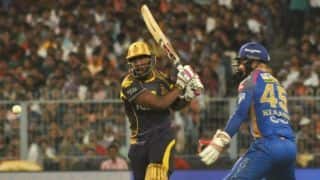