Netherlands will look to assert their dominance on Nepal.

Hosts Netherlands take on Nepal in the first T20I at Amstelveen. Nepal have been training at Dharmasala of late after their country was rocked by a massive earthquake that destroyed a chunk of their training facilities. Netherlands have not played a T20I sine they embarrassed England in the group stage of the World T20I at Chittagong in 2014. READ: Nepal wants to qualify for the ICC World T20 2016, feels team physio

Peter Borren will lead the Dutch once again and will look to give it all against a talented Nepal side. Paras Khadka will lead Nepal, who have just played four T20Is going into this match, having won two and lost two. It will be a big challenge for Nepal, for Netherlands have been playing at the biggest stage for 19 years now. Netherlands also play at home, which is a massive advantage for them. READ: Paras Khadka: A good performance by Nepal can heal some of the wounds

Nepal lost their previous match in a nail-biting encounter against Hong Kong at Colombo. They will look to bounce back here and acquire a vital win that will be a major boost for them. Netherlands will once again look to Mudassar Bukhari to rip their opponents apart, just like he did against England. READ: Netherlands cricket team manager comes up with a solution for a problem

With the World T20 qualifiers just around the corner, both teams will want to give it their best and get themselves on winning paths ahead of the tournament. Netherlands will go into this match as favourites but they cannot underestimate a spirited Nepal side. 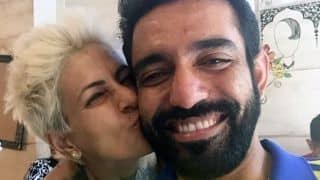