Netherlands and Nepal will face each other for the 2nd T20I in Amstelveen.

The first T20I had Nepal struggling to chase 135 against a disciplined bowling unit of Netherlands. Although a couple of batsmen shone — Paras Khadka, who scored an unbeaten 45, and Gyanendra Malla (24 off 22) — the others struggled. They will hope to rectify that to attempt a comeback in the second T20I in Amstelveen on Wednesday. LIVE CRICKET SCORECARD: Netherlands vs Nepal, 2nd T20I, Amstelveen

The four T20Is between the two sides will prepare hosts Netherlands and Nepal for the upcoming World T20 Qualifiers in Ireland and Scotland. Netherlands are fresh off two matches under the ICC World Cricket League Championship against Papua New Guinea, with wins in both of those games. Nepal haven’t played any competitive match recently; the preparations for their European tour took place in India after earthquake had their training facilities affected. LIVE CRICKET UPDATES: Netherlands vs Nepal, 2nd T20I, Amstelveen

The third and the fourth matches of this series will take place in Rotterdam on Thursday and Friday, before the T20 Qualifiers commence on July 9 in Edinburgh. 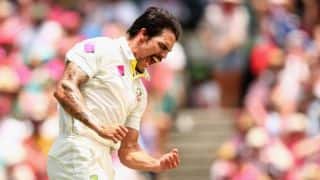