After coming through a tough phase of watching players arrested for spot-fixing during Indian Premier League 2013, former Rajasthan Royals skipper Rahul Dravid said that he never felt like quitting in such a tough situation. 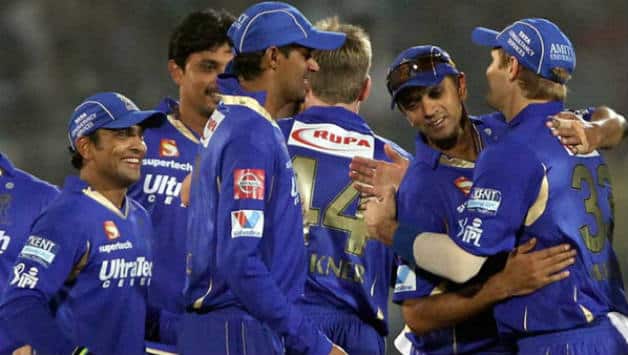 After coming through a tough phase of watching players arrested for spot-fixing during Indian Premier League 2013, former Rajasthan Royals skipper Rahul Dravid said that he never felt like quitting in such a tough situation.

“I never thought I wanted to quit. You feel what’s happening, what nonsense. You spend a lot of time, energy and mental space on that player. On Sreesanth, we tried our very best to help him,” Dravid said in an interview to CNN-IBN.

“Speaking about the frustration dealing with the situation the former Royals’ skipper said, “On some days it came from internal. It was not like external. You start thinking, maybe I could have done something more, should we have noticed something, should we have picked up on something, could we have done this better for the player. All these things run through your mind.

“Then you look around and there are other guys in your team who look up to you for leadership. They are looking for some guidance because they are as confused as you. And that’s what becomes your motivation. You say no I want to see these things through. They deserve a better chance,” Dravid explained on the importance of sticking around with the team during such tough times.

When asked how he felt about the tainted players, a disappointed Dravid said, “People have made the wrong choices. Feel sad and disappointed for them. In the end some them were friends. And that is why it was tough for a lot of guys in our team. Till a day before that they were having friendships and conversations with these same people. And now they have to see them in a completely different light.”

S Sreesanth, Ankeet Chavan and Ajit Chandila were arrested on May 16 on their alleged involvement in spot-fixing. While they secured bail after a few months, Sreesanth and Chavan have been banned for life by the Board of Control for Cricket in India.