India vs England: After the crushing defeat at Lord's, India captain Virat Kohli has asked fans to not give up on the team.

India captain Virat Kohli admits that India have committed mistakes that allowed England to take 2-0 lead in the five-Test series. Not only the meek surrender of their batsmen has drawn flak, his captaincy has also come under the scanner.

The decision to play an extra spinner despite the conditions demanding a pacer at Lord’s during the second Test has been widely criticised. However, he has asked his fans to not give up on the team despite a disappointing show so far in England.

On his official Facebook Page which has close to 36 million fans, Kohli wrote, “Sometimes we win and other times we learn. You never give up on us and we promise to never give up on you either. Onwards and upwards.”

England crushed India by an innings and 159 runs at Lord’s in the second Test as Indian batsmen failed to offer any fight in tough batting conditions. They managed 107 and 135 across the two innings. India dropped Umesh Yadav for the contest and included spinner Kuldeep Yadav despite the rainy conditions and cloud cover. Both the spiners R Ashwin and Kuldeep went wicketless as England declared at 396/7.

After the match Kohi had said, “Looking at things now, the weather was so unpredictable, I think we got the combination a bit off before the game. Chance to correct that next game.”

The third Test starts from August 18 at Trent Bridge. 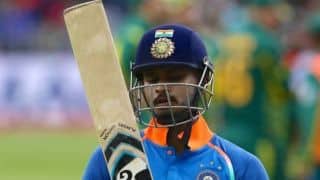 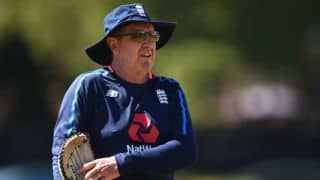