Two balls, instead of one, will be used in each innings of a match when India will host England in the upcoming One-day series, as the new amendments to playing conditions are all set to be implemented from October 1. 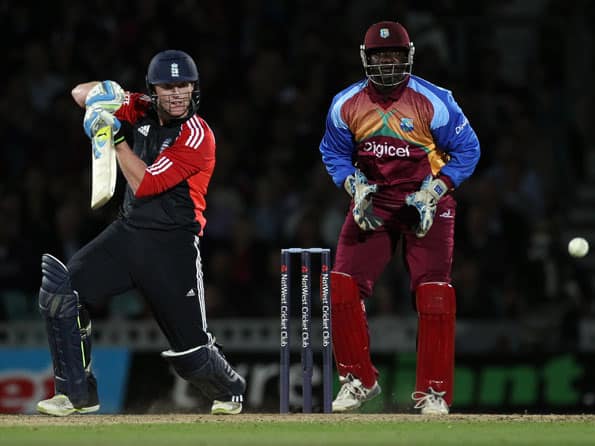 Two balls, instead of one, will be used in each innings of a match when India will host England in the upcoming One-day series, as the new amendments to playing conditions are all set to be implemented from October 1.

The amendments were approved by the ICC Executive Board following proposals made by the ICC Cricket Committee at its meeting in London in May.

The five-match India-England series will start on October 14 in Hyderabad.

The rule with regard to two balls per innings is applicable to only ODIs.

A new playing condition has been introduced for all three formats with regard to Obstructing the field.

As per the law, on appeal from the fielding team, if the umpire feels that a batsman, whilst running between the wickets, has significantly changed his direction without probable cause thereby obstructing a fielder’s attempt to run him out, the batsman should be given out obstructing the field. It shall not be relevant whether a run out would have been affected or not.

“It is still possible for a batsman to be given out obstructing the field in circumstances where he has not significantly changed his direction of running provided that the umpire feels that by some other actions it is clear that the batsman had intended to obstruct the field,” ICC said.

“This restriction will not apply for reduced innings of scheduled duration of less than 40 overs,” ICC said in a release.

From now on, “a runner for a batsman shall not be permitted” in any of the formats.

Unless nine wickets are down, the injured or ill batsman has the option of retiring hurt and returning to bat at a later stage should the need or opportunity arise.

“Calculation of the period for which an injured or ill player who has been absent from the field shall not be permitted to bowl or bat i.e. penalty time (Tests, ODIs and T20Is),” the ICC clarified.

Previously, the bowler could only run out a non-striker backing up if he did so before he had entered his delivery stride. This meant that as the bowler’s back foot landed, the non-striker could move down the wicket before the bowler actually delivered the ball, gaining an unfair advantage.

A new playing condition has been introduced in this regard as according to ICC, “The bowler is permitted, before releasing the ball and provided he has not completed his usual delivery swing, to attempt to run out the non-striker. Whether the attempt is successful or not, the ball shall not count. If the bowler fails in an attempt to run out the non-striker, the umpire shall call and signal Dead ball as soon as possible.

The umpires may now decide to play 15 minutes (a minimum of four overs) extra time at the scheduled lunch or tea interval of any day if requested by either captain if, in the umpires’ opinion, it would bring about a definite result in that session. If the umpires do not believe a result can be achieved no extra time shall be allowed.

In another change in Test cricket, the playing conditions now provide that if nine wickets are down at the time of the scheduled lunch interval, the interval shall be delayed by a maximum of 30 minutes as it is with tea interval.

The minimum interval for an uninterrupted ODI match has been increased from 20 minutes to 30 minutes. (PTI)