The new chairman of the Pakistan Cricket Board (PCB) Zaka Ashraf has made it clear that he will deal with an iron hand with players who bring bad name to Pakistan with their illegal and unethical behaviour. 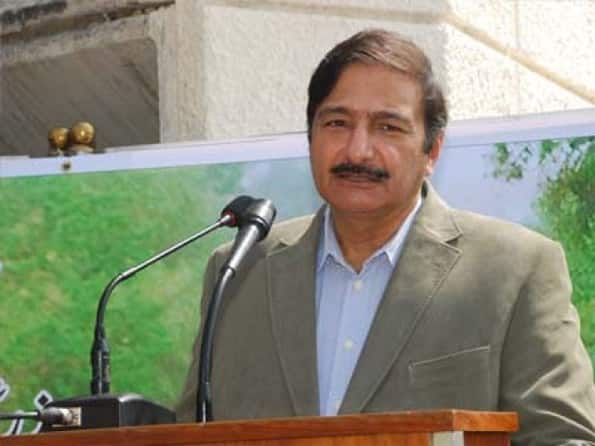 The new chairman of the Pakistan Cricket Board (PCB) Zaka Ashraf has made it clear that he will deal with an iron hand with players who bring bad name to Pakistan with their illegal and unethical behaviour.

“Since I was appointed Chairman of the board on October 11, people have been calling me up from all over the world and urging me to bring in improvement to Pakistan cricket and the board,” he said.

“One thing is clear in my mind I will not tolerate any groupings or monopoly either in the board or in the national team. There is no question of compromise on this issue.

“Secondly, it is a fact that some cricketers have been responsible for bringing a bad name to Pakistan and Pakistanis all over the world and I can only tell those players that they will be dealt with an iron hand and no leniency will be shown to them,” he added.

Pakistan’s image has taken a beating in the last two years because of the involvement of some players in not only spot-fixing but also in unethical practices.

Ashraf, however, ruled out any immediate changes in the board or national team management.

The successful farmer-cum-businessman has been chosen by President Asif Zardari to head the board and did not give Ijaz Butt an extension after his completion of three-year tenure on October 8.

Ashraf, who will take charge from tomorrow, also said that he would continue to enforce the positive and productive policies of his predecessor Butt but would rectify the failed or wrong policies of the board.

“I will only try to change those policies that didn’t benefit either the team or the PCB,” he said.

Butt’s three-year reign was full of controversies and scandals that made him the target of much criticism. But during his tenure the performance of the national team and the financial position of the PCB improved a lot.

Ashraf, who has been given the task of heading the PCB after having served as the head of the Zarai Taraqyati Bank, noted that it would not be easy to reform an institution like PCB but said that he had accepted the challenge.

“That is why I don’t have any plans to make immediate changes in the board. Let me work for a month’s time after that I will be in a better position to take decisions and decide if and where changes are required.

“I believe anything is possible if you take decisions on merit and with a clear conscience,” he added.

Ashraf, who is facing a case of misuse of power while heading the ZTBL in the Supreme Court, said he would soon meet with the former cricketing greats like Imran Khan, Zaheer Abbas, Javed Miandad and others to listen to their views and also inform them about what he plans to do.

Imran has already said that the induction of Ashraf will not bring in any improvement in Pakistan cricket and called for dismantling the system of the chief patron of the board, the President appointing the Chairman.

Ashraf said there were no immediate plans to appoint Zaheer Abbas as Chief Operating Officer of the board in place of Subhan Ahmad. (PTI)