New South Wales skipper Simon Katich has won the toss and elected to bat against Chennai Super Kings at Chennai. 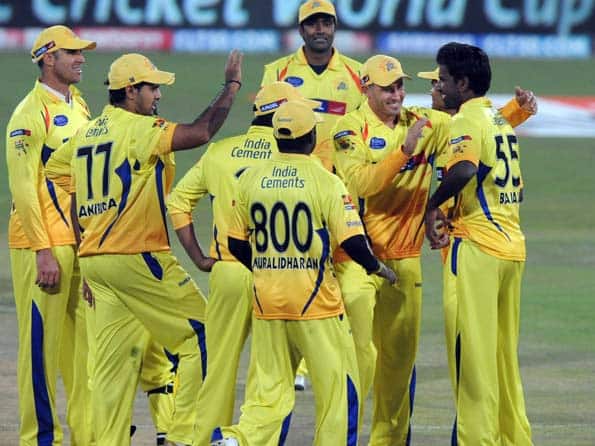 The Mahendra Singh Dhoni-led CSK have only two points from three matches, bring up the rear by virtue of an inferior net run rate AFP

New South Wales skipper Simon Katich has won the toss and elected to bat against Chennai Super Kings at Chennai.

Despite being placed at the bottom of Group A, the Super Kings still have a chance to proceed to the next stage as their pool heads into its final round of matches with no team still assured of a semifinal berth.

Topping the group are Mumbai Indians, who have overcome a debilitating injury situation to be at the forefront with five points. However, because of their poor run rate in the series so far, even they are yet to be assured of a place in the last four berths.

Next in the list is the Australian outfit NSW with four points, followed by Cape Cobras with three.

NSW though could progress to the semifinals as group winners with six points if they manage to win in their crucial match against CSK on Tuesday.

It is high time for Chennai to live up to their reputation of being one of the strongest and well-balanced teams in the tournament and convincingly outplay NSW to have any chance of defending their title.

With only one win from three games, CSK have the sword to their throat and they would need to play out of their skins to counter NSW, who are tough customers, having a perfectly balanced unit.