Brendon McCullum believes his side will keep improving their game as they did in 2014-15.

New Zealand Cricket on Thursday announced details of upcoming tours involving Sri Lanka, Pakistan and Australia, as the Black Caps seek to capitalise on their stirring run to the World Cup final. The international action over the New Zealand summer will feature four Tests, 11 one-dayers and five Twenty20 matches. The Black Caps enjoyed a surge in popularity in rugby-mad New Zealand when they reached the World Cup final this year in a tournament they co-hosted with Australia. While they fell flat against the Australians in the final, Captain Brendon McCullum said the upcoming schedule offered home fans a chance to again see their team playing top-class opposition. READ: Kane Williamson blames New Zealand for 62-run loss in 3rd ODI against South Africa at Durban

“Looking at this schedule, there’s some really exciting opposition in front of us. So hopefully we can build on what we did last year and also at the World Cup, drive this team forward and keep improving our performances,” he told reporters.

Pakistan then embark on a whistlestop tour involving three T20s and three ODI from January 15-31, with Australia wrapping up the schedule with three one-dayers and two Tests between February 3 and February 24. The first Test against Australia in Wellington could potentially be McCullum’s 100th and the 33-year-old, who suffers chronic back pain, was coy about whether he would consider retirement after reaching the milestone.

“I’m not sure, we’ll see what unfolds,” he said. It’d be great to achieve that, to play 100 Tests. It’s something you could look back on and be very proud of, but it’s not what motivates me.” READ– Australia announce playing XI for one-off ODI vs Ireland; Joe Burns set to make debut 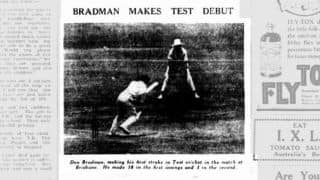 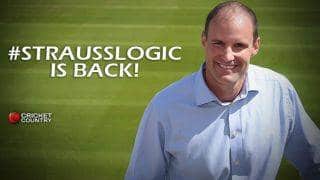