After the World Cup in England, New Zealand will play a total of 28 international matches leading up to the conclusion of the 2020 World T20 in Australia.

Gary Stead, who was on Wednesday unveiled as the new head coach of New Zealand, has revealed that he has had talks with three of the country s leading former cricketers turned coaches as potential specialist support for Twenty20 internationals.

Speaking to reporters after New Zealand Cricket chief David White welcomed Stead on board as full-time coach, the former Test opener referenced the several New Zealanders currently involved with global Twenty20 leagues as he looked beyond a packed 2018-19 calendar to the 2020 ICC World T20.

“When you talk about some of the franchise coaches that are New Zealanders out there, like Stephen Fleming, Dan Vettori, Shane Bond, Mark O’Donnell, people like that, especially in the T20 game with the way it’s expanding so quickly, I’d be silly not to use the expertise of those people, said Stead.

After the 2019 ICC Cricket World Cup in England next summer, New Zealand will play a total of 28 international matches leading up to the conclusion of the 2020 World T20 in Australia. During this time they are scheduled to play Tests against Australia, England and India. For Stead, who played five Test matches back in 1999, his style of coaching would be flexible with an openness to opinions.

“I’m going into the role with my eyes wide open,” he said. “In the first three to six months, it’s your chance to go in with fresh eyes, and I will probably see things that people who have been there for a long time won’t see, because they’ve been ensconced in that environment.

“I don’t intend on going in and changing a dramatic amount. There’s clearly been success under Mike Hesson and Kane Williamson recently and my intentions aren’t to throw that out the window. I will have some ideas that will be new and that will challenge our group as well, and I hope at the end of the day that they keep working towards improved performance.” 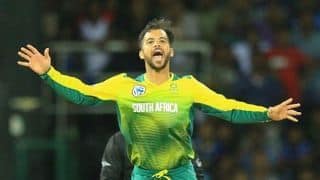 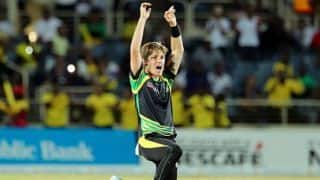