The National Provincial Junior Indoor championship, to be staged at the Action Sports facility in Hornby, will see the cream of New Zealand s young indoor talent competing in different categories

The best young indoor cricketers in the country will gather in Christchurch this weekend to vie for provincial titles and push their case for selection in New Zealand teams contesting the World Junior Series. The National Provincial Junior Indoor championship, to be staged at the Action Sports facility in Hornby, will see the cream of New Zealand s young indoor talent competing in four categories: Under 17 girls, Under 17 boys, Under 15 boys and Under 13 boys with national teams in each section to be named at the tournament s conclusion.

Those national teams, plus New Zealand A teams in each category, will then contest the World Junior Series, to be staged in Christchurch from September 30 to October 6 the first time the world event has been hosted in New Zealand. Indoor Cricket NZ executive Mark Cini said it was an exciting time for indoor cricket in New Zealand, in terms of both the growth of the indoor game, and its new relationship with New Zealand Cricket.

We ll have 280 young cricketers involved in this tournament, the largest number yet, and the competition will be hotly contested with all the traditional rivalries of provincial New Zealand coming into play, said Mr Cini. Over all categories the competition is too close to call. We usually have some very tight Auckland-Wellington contests but this year it s anyone s guess; Central Districts is a sleeping giant, and it would be no surprise to see some upsets, he added.

Mr Cini said since 1980, when Indoor Cricket arrived in New Zealand, the game had evolved, with participation growing rapidly over the past four years and the standard of competition increasing markedly. Three years ago, there were 12 teams contesting the provincial juniors; this weekend the number would rise to 28. It really is an exciting time – for indoor cricket; for NZC, and for the wider New Zealand cricket family, he said.

NZC GM Community, Adrian Dale, welcomed the closer relationship with the indoor game, saying it was part of NZC s drive to make cricket more inclusive and more connected with the various formats throughout the country. This is a first step in terms of NZC acknowledging and recognising the indoor variety of the game and doing what we can to assist and create a sense of cooperation between the two entities, he said. Effectively, this is about NZC saying we recognise indoor cricket as a legitimate pathway in the game, he concluded.

The eight New Zealand teams to contest the World Junior Series will be named on Monday. 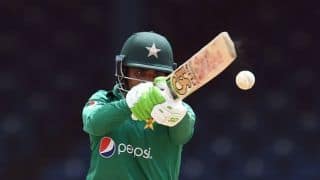 Zimbabwe vs Pakistan, 1st ODI: Pakistan make steady start after being put in to bat 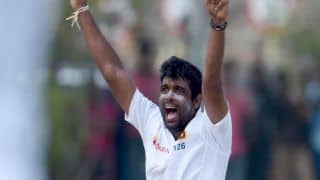 South Africa skittled for 126, their lowest total in Sri Lanka