Eden Park produced a run-fest on Friday. The match was between New Zealand and Australia of the Trans-Tasman T20 Series. It saw total of 448 runs scored at 12.7 an over per side. A total of 32 sixes were smashed, plethora of were broken and Australia pulled off the highest successful T20I chase, defeating New Zealand by 5 wickets. In fact, even mistimed shots were going past the boundary. Australian commentator Jim Maxwell went on to call the venue a joke. He also said international matches should not be hosted at Eden Park.

Eden Park is also known to host rugby matches. However, New Zealand Cricket have come in support of the venue. Quashing the criticisms, NZC’s Chief Operating Officer Anthony Crummy mentioned the previous matches have been low-scoring and produced thrilling finish.

Backing Eden Park, Crummy told Radio Sport: It’s unique, you can’t deny that, a lot of cricket grounds are. It hasn’t failed to deliver great contest after great contest. When you look back, they’re not always high scoring either. The fans certainly have a great time when they’re there, we have great contests and we’re happy with it.”

The final of the series is scheduled to take place at the same venue, between the trans-Tasman rivals Australia and New Zealand on Wednesday. 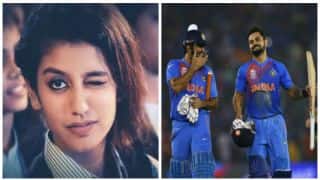 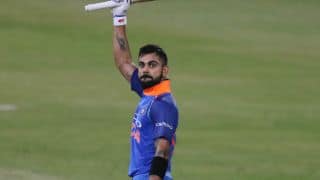