Led by Tom Latham, New Zealand is missing its regular captain, Williamson and other key players of their white-ball formats who are either set to compete in the IPL or have taken breaks.

The New Zealand Cricket squad arrived in Pakistan on Saturday after 18 long years to play a bilateral ODI and T20 series in Rawalpindi and Lahore. The visiting players were whisked away from the Islamabad international airport to their hotel amidst heavy security. The Pakistan Cricket Board (PCB) has made arrangements to have a bio-secure bubble for the New Zealand players and officials at their hotel.

New Zealand last toured Pakistan in 2003 for a white-ball series and since then have avoided touring the country because of security reasons.

Led by Tom Latham, the New Zealand squad is missing its regular captain, Kane Williamson and other key players of their white-ball formats who are either set to compete in the IPL or have taken breaks.

Regular coach, Gary Stead has also not come with the visiting squad which will play three ODIs in Rawalpindi and five T20 internationals in Lahore.

A warm welcome to the @BLACKCAPS

The PCB and New Zealand Cricket have mutually agreed to change the status of next week’s ODI series to a bilateral series from the ICC Cricket World Cup Super League fixtures due to the non-availability of Decision Review System (DRS), a requirement in the event playing conditions.

As New Zealand will return to Pakistan in the 2022-23 season to play two Tests and three ODIs, the two boards have agreed that these 50-over matches will now count towards the ICC Men’s Cricket World Cup 2023 qualification.

Some key players will join the New Zealand squad by tomorrow as they were not part of the squad that recently played a T20 series in Bangladesh. 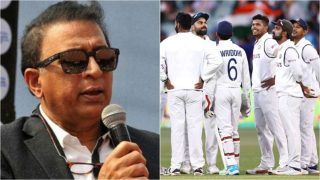