Stuart Law revealed that Chris Gayle was recovering well from a viral infection that had kept him out of the second match.

Christchurch: After clinching victory in the initial two matches against the West Indies, New Zealand will aim to clean sweep the One-Day International (ODI) series at the Hagley Oval on Tuesday. The third ODI will be a dead rubber with New Zealand having already sealed the series 2-0 but there are enough reasons for the Windies to try and make something out of it.

The visitors hope to welcome Chris Gayle back as they eye a rare ODI win in a year of disappointments after things have not gone their way. To make matters worse, newcomer Ronsford Beaton has been pulled up for a suspect bowling action.

In the previous match, the Windies had folded for 121 inside 28 overs after letting New Zealand post 325 for six despite having them down to 186 for five at one stage.

New Zealand’s batsmen have dominated in both the matches to date. George Worker, who has replaced the injured Martin Guptill, struck half-centuries in both games to give the hosts a solid platform. Henry Nicholls, Ross Taylor and Todd Astle have also been among the runs.

Worker, along with Colin Munro, will once again open the innings and look to continuing to impress, what with Guptill expected to take back his opening spot once he recovers from his hamstring injury.

In the bowling department, New Zealand have understandably relied on pace to do the damage. Doug Bracewell bagged four wickets in the first game, and it was Trent Boult who rattled the visitor with career-best figures of seven for 34 in the second.

Windies coach Stuart Law revealed that Gayle was recovering well from a viral infection that had kept him out of the second match and could return for the final encounter.

Beaton, technically still allowed to bowl in international cricket till he undergoes a test on his action and the results are revealed, is reportedly suffering from a side strain, which means he and Kesrick Williams, who is nursing a hamstring injury, are expected to be missing in action on Tuesday. 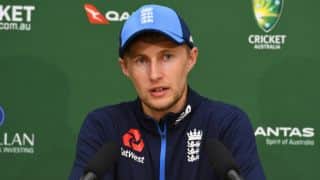