Bangladesh captain Mushfiqur Rahim is unlikely to play in the second Test against New Zealand in Christchurch on Friday, denting the tourists’ hopes of avoiding defeat in the two-Test series. New Zealand will overtake Pakistan and move to fifth in the world Test team rankings should they complete a 2-0 Test sweep following their dramatic victory earlier this week in Wellington’s first Test. Mushfiqur was concussed after being hit on the head by a short-pitched delivery and rushed to hospital on Monday, but Bangladesh officials said Wednesday it was a hairline thumb fracture that would keep him sidelined. “His finger injury is worse,” team physiotherapist Dean Conway told reporters. “The hairline crack that has been found is new. He will need to give more time for this injury.”

There was no confirmation that Mushfiqur would sit out, but he has been advised by doctors not to rush back after being hit on the back of the helmet by a Tim Southee bouncer. Conway said that the Bangladesh skipper “may need three to four weeks to return.” His injury, which came with memories still fresh of Australian Phil Hughes being killed in Sydney just over two years ago, has again put the spotlight on the use of the short-pitched delivery as a fast-bowling tactic.

Opinion is divided with two former New Zealand internationals, Warren Lees and Lance Cairns, joining the debate Wednesday on opposite sides. Former wicketkeeper Lees said the use of the bouncer had gone too far and umpires needed to get tough.

“It is not just because the batsman was carted off to hospital. It has been concerning me for some time,” Lees told the New Zealand Herald. “The umpires are a wee bit lenient. The guy at square leg has to be more switched on. It is sort of getting out of control.”

Cairns, who suffered a fractured skull when felled by Pakistan quick bowler Wasim Akram in 1985, said short-pitched deliveries were part of a bowler’s armoury. “When you think about… the number of deaths caused by this delivery, Hughes’ tragic ending is the only one I’ve ever heard of,” he told Fairfax Media. “Do you hear people wanting to ban the use of cars, motorbikes, bikes because of fatalities? No you don’t. But lessons must be learnt from these tragedies, and this is why they’ve got tougher on the design of the helmet.”

While Bangladesh posted several batting records in the first Test, including the unwelcome title of scoring the highest first innings total of 595 in a losing effort, they have had little success in their first overseas tour in more than two years. Captain Kane Williamson guided the side home in Wellington with an undefeated 104.

His 15th century put him one behind Ross Taylor who in turn is one behind the New Zealand record of 17 held by the late Martin Crowe. Coach Mike Hesson said the race between Williamson and Taylor to overtake Crowe can only be good for New Zealand. “I hope they not only go past (Crowe’s) record but they keep going toe-for-toe for a while.” he said. New Zealand swept Bangladesh 3-0 in both the preceding one-day and Twenty20 series. 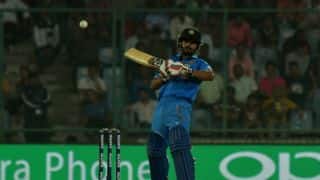 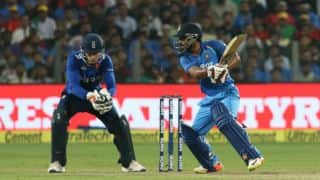