New Zealand in Australia 2016 preview and predictions: Out-of-form Kiwis look to take a step ahead in history

New Zealand in Australia 2016 preview and predictions: Out-of-form Kiwis look to take a step ahead in hist

The last two encounters have gone in favour of New Zealand and their Trans-Tasmanian brothers will be itching to get back at them.

It’s a welcome change for both Australia and New Zealand, as they change from whites to coloured clothings to battle for the Chappell-Hadlee trophy. After being hammered in the three-Test series versus South Africa in their own den, Steven Smith’s limited-overs side face Kane Williamson’s new-look Kiwis for the first 50-over contest at Sydney cricket ground (SCG). Full Cricket Scorecard: Australia vs New Zealand, Chappell-Hadlee Trophy 2017, 1st ODI at Sydney

Referring back to history:

The series between both sides received a prestigious name Chappell-Hadlee trophy after the legendary cricketing families from both nations: the Chappell brothers (Ian, Greg and Trevor Chappell from Australia) and Walter Hadlee and his three sons (Barry, Dayle and Sir Richard from New Zealand). The trophy was contested annually from 2004-05 to 2009-10. However, the current record is slightly in favour of Australia with four titles, but the BlackCaps are not far behind with 3 series wins.

The last two encounters have gone in favour of New Zealand, and their Trans-Tasmanian brothers will be itching to get back at them.

It has been a topsy-turvy ride in ODIs for the hosts of late. For that matter, they have always been shabby in the subcontinent, and they undoubtedly faced the heat after a whitewash against Sri Lanka in the three-Test series. Nonetheless, the change in format worked well, as they displayed more character and eagerness to bounce back and win the five-match ODI series 4-1. After staging a remarkable comeback, the Kangaroos left for South Africa to play the same number of ODIs.

First things first, it takes a lot of hard work and consistency to edge past Australia in any series, but to whitewash them in a format that has earned them a lot of success (five time World Cup champions) is an extraordinary feat. Well, to everyone’s disbelief, Proteas did the unthinkable, demolishing their opponents 0-5. Australia had enough firepower to match the hosts’ dominance, with David Warner, Smith, George Bailey, Matthew Wade, Aaron Finch and Mitchell Marsh. But they were eventually exposed by the absence of Mitchell Starc and Josh Hazlewood.

To put things into perspective, the No. 1 ODI side will be on their toes and eager to comeback hard in a format they excel in and reclaim the Chappell-Hadlee trophy.

On the other hand, New Zealand have been rapidly moving from one format to the other. They commenced their new season post ICC World Twenty20 2016 with a two-Test series against Zimbabwe and South Africa. Their next Test series was against India, losing 2-3.

After a tame surrender in the longest format, Kiwis kept bouncing back in the five-ODI series against MS Dhoni’s side, before being outplayed in the series finale.

By no means, it was a one-sided series, as Kiwis levelled the series twice, but never managed to take a lead. India, however, dictated terms while BlackCaps kept punching well above their weight.

New Zealand, then, shifted to other format, playing two-Test series against Pakistan to kick-start their home series.

Be that as it may. Now, it will be a challenge for the new-look side under Williamson to give a tough time to the Aussies in their own backyard and take a step ahead in history of the Chappell-Hadlee series.

Williamson will be without the services of Ross Taylor, Mitchell McClenaghan, Adam Milne and Corey Anderson. To add to the fire, out-of-form Taylor’s absence is likely to cost them dearly, as he has a decent average of 36.54 against Australia and is well versed with the conditions on offer (remember his stunning 291 last year?).

Martin Guptill and Tom Latham will have to step up to do well in bouncy conditions, which suit their style of play. Besides, Williamson will have to take the bulk of responsibility in the batting order, given a lackluster lower-order at disposal.

Jimmy Neesham and Mitchell Santner will have to put a price on their scalps and not surrender like they did in India.

Kiwis have a quality bowling line-up in the form of Matt Henry, Trent Boult and Tim Southee, but will face a stiff task to match the hosts’ strength. Among new faces are Colin de Grandhomme, Todd Astle and Lockie Ferguson, who would look to impress the selectors in a riveting series.

Australia look stronger on paper with a better bowling line-up and their ability to bat deep. Nonetheless, they will be wary of a side like New Zealand who have the knack of bouncing back and pushing the envelope (they compel one to use the clich ) in every series they turn up.

Aussies’ weaknesses have been exposed in recent past. And being the astute students of the game, Williamson and co.’s determined side will be expected to inject competition in the upcoming series. 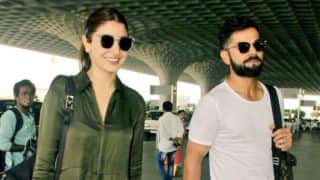