New Zealand wicketkeeper BJ Watling was ruled out of the second and final Test against England at Headingley starting on Friday. 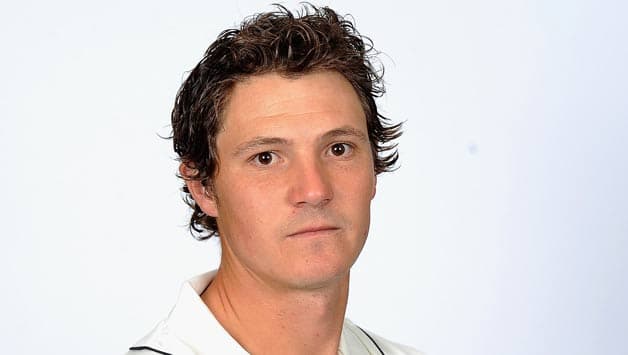 New Zealand wicketkeeper BJ Watling was ruled out of the second and final Test against England at Headingley starting on Friday.

New Zealand captain Brendon McCullum, who deputised behind the stumps at Lord’s, will keep at Headingley with Martin Guptill coming into the team to bat at number six, a Black Caps statement issued Wednesday said.

Meanwhile former captain Daniel Vettori, who only joined the squad Wednesday, could play at Headingley after fellow left-arm spinner Bruce Martin was ruled out of the rest of the tour with a calf injury suffered at Lord’s.

Vettori, named in New Zealand’s squad for their one-day internationals against England and next month’s  Champions Trophy, has been out of Test action for almost a year because of a hamstring injury.

Wednesday’s statement said Vettori will be “assessed after tomorrow’s [Thursday’s] training as to whether he can be considered for the match”.

With 360 victims to his name, Vettori is New Zealand’s second highest Test wicket-taker.

His last Test was a nine-wicket defeat by West Indies in Antigua in July 2012 and his only international action since then was at the World Twenty20 in October.

The only other bowling option open to New Zealand is seamer Doug Bracewell, who was left out of the first Test.

IPL 2013: Is bowling a perfect short ball first up a sure shot way to dismiss Cameron White?