Williamson asserted it was important that his side formulate a plan to chase down such massive scores.

New Zealand stand-in captain Kane Williamson Monday said his team needs to ‘reflect’ on the lessons learnt from the loss in the third One-Day International (ODI) against Pakistan while it is still trying to adjust to the conditions here.

“We’re playing in tough conditions and as a young unit it is important that we learn about all these different conditions,” Williamson was quoted as saying by espncricinfo.com.

“We certainly weren’t at our best and Pakistan were at their best and I think that created the gap in the game, which was very large today. But we know we can play better than that and it’s important that we do,” he added.

Williamson asserted it was important that his side formulate a plan to chase down such massive scores.

“It’s always tough chasing a score like that. I think it’s important that when you do go out you break those sorts of totals down and a lot of things need to go your way. I mean even though we didn’t get very close, it’s important that we reflect on our performance,” said Williamson.

The 24-year-old also believes that their bowling too needs attention as Pakistan were able to pile on a gigantic total of 364.

The fourth ODI will be played Dec 17 at Abu Dhabi. 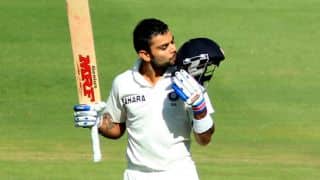