New Zealand won the 2nd Test at Headingley to level the series at 1-1.

New Zealand media on Wednesday said the Black Caps’ crushing win over England at Headingley showed Brendon McCullum‘s men were emerging as the country’s best ever Test side. The New Zealanders posted a 199-run victory in the second Test to bounce back from a disappointing defeat at Lord’s and level the series 1-1. READ: New Zealand square series against England with a 199-run win in 2nd Test at Headingley

“It was a mighty victory after the anguish of the final day batting at Lord’s, and put them another step towards the worthy label of best Test side New Zealand has produced,” the Dominion Post said.

The win leaves New Zealand undefeated in their past seven Test series and vindicated McCullum’s attacking philosophy, which he used in the one-day arena this year to guide the Black Caps to an unprecedented Cricket World Cup final. The New Zealand Herald said the Headingley result was a testament to McCullum’s leadership and produced statistics to back his status as the team’s most successful Test captain. READ:  Alastair Cook believes England’s loss to New Zealand in the 2nd Test at Headingley was frustrating

“With the victory he edges ahead of Geoff Howarth as the most successful New Zealand captain by virtue of percentage wins,” it said.

The Dominion Post said the only sour note was the fact that there would not be a third Test to settle the series, with the brief contest coming ahead of England’s five-Test Ashes campaign against Australia. READ: England can regain The Ashes despite series draw against New Zealand, says Alastair Cook
CLICK HERE TO DOWNLOAD CRICKETCOUNTRY APP ON ANDROID PLATFORM 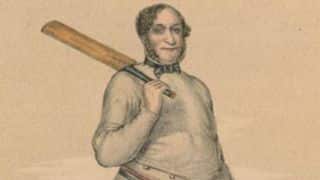