Match-fixing is a crime in New Zealand since the passing of the Crime Amendment Bill.

New Zealand cricketers are at risk of “honey traps” laid during the forthcoming ICC World Cup 2015 by sophisticated match fixing syndicates, betting chiefs. Weeks before the World Cup, Cricket Players Association chief executive Heath Mills said that he was convinced match fixers would try to influence the outcome of the tournament.

And he and the New Zealand Totalisator Agency Board (TAB), a statutory body for New Zealand sports betting, believe glamorous women luring stars and then blackmailing them have become one of the biggest risks. “I have no doubt that match fixing groups will be looking at New Zealand and that they have had people on the ground in New Zealand previously,” said Mills.

He said all players were being given a 90-minute presentation on match fixing risks, including honey traps. That will be backed by an International Cricket Council (ICC) briefing before the tournament begins with New Zealand playing Sri Lanka February 14.

Mills said honey traps were one of many tactics used by sophisticated international criminal groups, which blackmailed players in order to beat the bookies. Players were sometimes groomed for years before the trap was set. “They might notice the person has got family troubles, they might notice they’ve got financial issues or mental health issues (which they can threaten to expose).”

“The honey trap might be part of that grooming process where there are compromising images or what-have-you,” Mills said.

The stark warning comes as joint host Australia confirmed it had intelligence suggesting players were sabotaging matches. Detective superintendent Scott Cook said players were being set up to cheat on their partners and then blackmailed with the evidence. TAB spokesman Mark Stafford said such blackmail could prove more persuasive than traditional match-fixing.

Match fixing became a crime in New Zealand last year with the passing of the Crimes (Match Fixing) Amendment Bill. This gives police more power to investigate the offence, which carries a maximum penalty of seven years in jail. Mills said sportsmen are often young and oblivious to fraudsters’ tactics. And New Zealand’s athletes are particularly vulnerable as many are semi-professionals 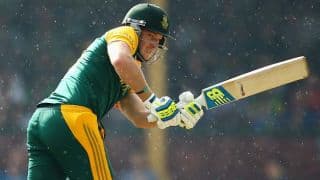