This would prevent "seeking to gain unfair advantage to illegally profit from sports betting.”

New Zealand Monday said it will make match-fixing a specific crime for the first time to ensure sport remains corruption-free as the country prepares to co-host next year’s ICC Cricket World Cup.

Sports Minister Murray McCully said that in recent years some sporting codes had been targeted by international criminal syndicates “seeking to gain unfair advantage to illegally profit from sports betting.”

“These activities compromise athletes and tarnish sport,” he said, announcing the creation of a new crime of match-fixing, with a maximum penalty of seven years behind bars. McCully said that while some elements of match-fixing would have been covered by existing crimes such as fraud, they were not designed to deal specifically with sports.

He said the new crimes would give greater certainty to international sports bodies combating match-fixing, but stressed the move was preventative and there was no evidence of a problem in New Zealand. “[But] it would be naive to think that we are immune from these international risks. Therefore, it is important to take pre-emptive steps to safeguard our athletes and international sporting reputation,” he said.

A briefing note from Sport New Zealand said the reform was being introduced ahead of major sporting events scheduled for next year. “We need to ensure criminal sanctions are available to address possible match-fixing ahead of our 2015 hosting of the Cricket World Cup and FIFA Under 20 (football) World Cup. Internationally, both cricket and football are known for presenting a risk of match-fixing,” it said. 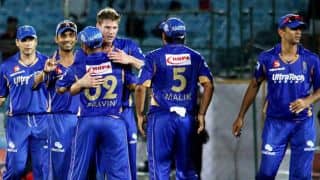 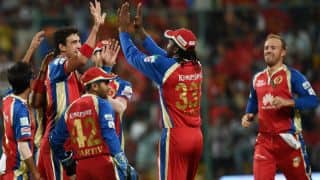