Hesson advised the team to have plans for white-ball specialist Rohit Sharma as well.

Former New Zealand coach Mike Hesson said that the BlackCaps will have to contain India captain Virat Kohli for the first 15 balls if they want to see his back early in the innings. After the tour of Australia, India will head to New Zealand where they will face the Kiwis in four ODIs and three T20 Internationals beginning with the first ODI on January 23 at Napier.

“The key thing is if you can contain Virat Kohli in the first 10-15 balls where he has to take some risks to get his innings underway then that will provide opportunities,” Hesson told ESPNCricinfo on Wednesday.

“How you do that is dependent on the surface. But, if we found a magic formula, I’m sure it would be circulated all around the world very quickly.”

Hesson, who stepped down as the head coach of New Zealand in June this year, advised the team to have plans for white-ball specialist Rohit Sharma.

“Rohit Sharma is in incredibly good form at the moment and has been for a long time. The thing with Rohit is that once he is in, once he gets himself set, he generally dictates the outcome of the game. It’s making sure that the new-ball bowlers can attack Rohit early on whether it’ll be with swing or with some other variations wide outside the crease or whatever,” Hesson, under whom New Zealand reached the 2015 World Cup final and won 21 of 53 Tests, 65 of 119 ODIs and 30 of 59 T20Is, said.

India were handed a 0-4 series defeat in ODIs in 2014 when they last toured New Zealand. Hesson, who was the coach then, predicted that the hosts will clinch the series 3-2 this time.

As far as preparations ahead of the ICC World Cup 2019 is concerned, Hesson said that New Zealand will want to iron out minor issues leading to the 50-over showpiece event in England and Wales.

“I think there are a couple pieces of the puzzle the Black Caps would be keen to find out before the World Cup. Who is the allrounder? Who provides that balance? A lot of options there. From a bowling point of view, who’s going to take wickets in the middle overs when it’s flat? I think if they can get that sorted then the side’s looking very good,” he said. 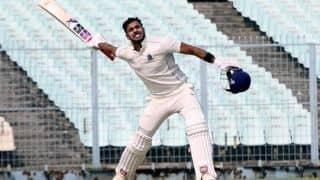 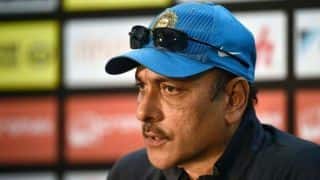