Wellington: Former New Zealand cricketer Simon Doull believes that the Black Caps are dealing with the pressure well and they have the strongest team they have ever had heading into a Cricket World Cup.

The former medium-pace bowler said that New Zealand has not got anyone in that side who would let them down, adding that they are very confident and it is a long time since they have had a New Zealand side that has been confident, insisting that they aren’t arrogant but just confident in their own ability.ICC Cricket World Cup 2015: POINTS TABLE

Writing in his column for Stuff.co.nz, Doull stated that the past New Zealand sides have not handled the favourite tag very well but insisted that this team was favoured in the past nine matches, against Sri Lanka and Pakistan, and only faltered once.

Doull actually believes that they are learning to be a good favourite side, adding that they are backing their ability. Doull claimed that New Zealanders have almost found their starting lineup, insisting that the batting sorts itself out from one to seven. He insisted that every one of those guys has scored runs at some stage during the series with Sri Lanka and Pakistan , and believes that one could lock Daniel Vettori in at eight as well.ICC Cricket World Cup 2015: SCHEDULE & MATCH DETAILS

Doull stated that it is a great sign that New Zealand is not just relying on one or two guys to stand up for the team, insisting that all of these guys have been in some sort of form, claiming that that is terrific news leading into a World Cup.ICC Cricket World Cup 2015: Complete Coverage 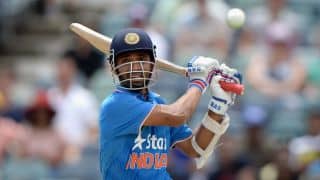 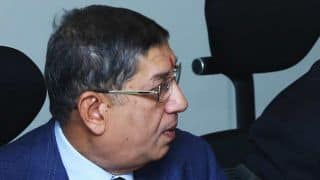