New Zealand's 1-0 series win over England and Australia's 3-1 loss to South Africa have resulted in both teams finishing on 102 points.

Dubai [UAE]: New Zealand have overtaken Australia to take third position in the ICC Test Team Rankings after the Christchurch and Johannesburg Test matches, which has resulted in them getting a bigger purse from the International Cricket Council at the extended cut-off date of April 3. New Zealand’s 1-0 series win over England and Australia’s 3-1 loss to South Africa have resulted in both teams finishing on 102 points in the team rankings. However, New Zealand are ahead by a thin margin, as they are now on 102.263 points and Australia are on 102.2 points.

The change in rankings means that New Zealand will now get a prize money of 200,000 USD for finishing third while Australia will have to be content with 100,000 USD. South Africa had already assured themselves of the second place after having taken up a 2-1 lead in the series since only Australia could overtake them in the team list. Australia needed to win 3-0 or better to overtake South Africa while they had to avoid losing 3-1 or worse to ensure that neither New Zealand nor England could overtake them.

India have already been presented with the ICC Test Championship Mace and a 1 million USD prize money after they sealed the top spot following victory in the Johannesburg Test against South Africa in January. South Africa had won the series 2-1. 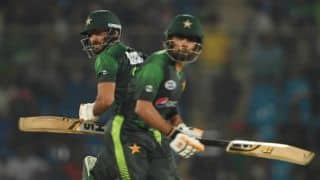 Pakistan vs West Indies, 3rd T20I, Live Streaming, Live Coverage on TV: When and Where to Watch 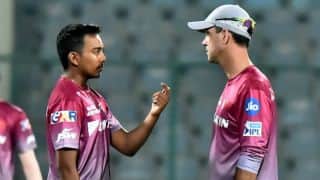