New Zealand reached the final of the World Cup for the first time and the fans were elated.

Unlike, other full member cricket teams, such enormous passion for the cricket team is a rare sight in the small island country. But after that stellar performance at the biggest stage, the crowd showed enthusiasm similar to that of their rugby side called All Blacks. Skipper McCullum met with his family as soon as he touched down. READ: Daniel Vettori retires

The team were given a warm reception by the people. There was plenty of autograph-signing and interaction with fans. Daniel Vettori, announced his retirement after reaching the Auckland airport. He and the rest of the team were in high spirits. 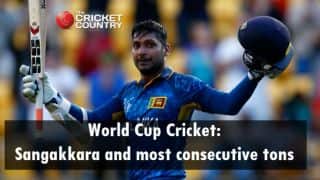