Both New Zealand and West Indies are on equal points, but New Zealand is ranked above them in the rankings.

After winning the Test series 2-0, the Brendon McCullum-led New Zealand will look for an improvement in their T20 rankings against the Former ICC World Twenty20 (T20) champions West Indies, when they will square-off against each other in the two T20Is to be played on Saturday and Sunday in Roseau.

There is an opportunity for both sides to claim the fifth position in the rankings, but to make this happen, they win both the matches. In this scenario, the side that wins both games will go past Australia — who will be relegated to the fifth position — while the side that loses both the matches will finish seventh. There will be no change to the pre-series rankings if the series finishes with a tied scoreline.

Both New Zealand and West Indies are on equal points at 110, but New Zealand is ranked above the West Indies in sixth place when the ratings are calculated beyond the decimal point. India sits on top of the Reliance ICC T20I Team Rankings, leading the reigning ICC World Twenty20 champions Sri Lanka by a fraction of a point. 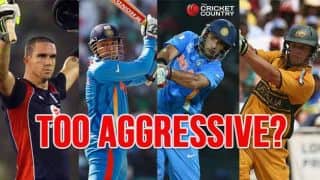 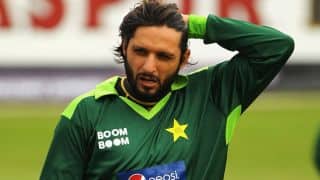