Sky Television is positive of them securing the rights for the three overseas tours.

New Zealand cricket team will tour Zimbabwe, South Africa and India later this year but they are still to get clarity over Sky Television bagging the rights for the broadcast of these series. Sky Television is still in contention to secure the broadcast rights. Though there is no official declaration on the same till now, Sky Television has asked its subscribers not to panic as they are sanguine that they will pull off the deal. Last year when New Zealand toured South Africa, the limited-overs encounters were not shown on Sky. It was the first time in around 13 years when matches of any New Zealand’s overseas tour were not telecasted live in the nation. Full Cricket Scorecard: Delhi Daredevils vs Rising Pune Supergiants, IPL 2016, Match 33 at Delhi

Kirsty Way, Sky Television’s director of corporate communications was quoted by stuff.co.nz saying, “There’s a good level of confidence [that Sky will secure the rights]. We haven’t [secured the rights yet], and we don’t want what happened last year to happen again. We’re working hard on that one and looking at that one with a long-term view as well. Not getting some of the cricket rights last year was a really undesirable outcome for us and our customers. But we were dealing with a cost that was untenable. Hopefully we can avoid that this year for everyone’s sake.” READ: Sky TV trying hard to get broadcast rights for New Zealand’s tour of South Africa 2015

“We’ve budgeted for the Olympics and competition and rising prices is the new normal. We’re in a really different environment and everything is taking a fresh pair of eyes and new strategies. Prices are only going up so we need to look pretty carefully at what we are purchasing. But in saying that, big events and big sports in New Zealand are key for us.” 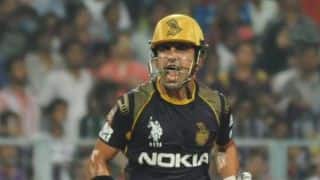