New Zealand will look for a winning start against Australia as they resume ODI rivalries after the fateful World Cup final.

The first match between New Zealand and Australia at Auckland’s grand Eden Park should have all the elements of excitement one could expect from a One-Day International (ODI). Both teams are coming on the back off dominating home seasons and either team have excelled in the 50-over format. However, the home privilege this time is exclusive to the Kiwis and the Australians will have to strive really hard to be able to outplay their hosts. New Zealand will seek reparation of the scars they sustained in the World Cup final against the same opponents. FULL SCORECARD: New Zealand vs Australia 2015-16, 1st ODI at Auckland

A New Zealand-Australia series is always exciting as are most clashes between neighbours. The World Cup hangover element only adds to the spice. As New Zealand skipper Brendon McCullum‘s final ODI series, there will be an added sense of occasion. Competitiveness will be at a peak between these two evenly balanced sides. RELATED: Australia playing XI for 1st ODI against New Zealand

The key for both teams will be to continue scoring heavily up the order. The Kiwi top-order has been outstanding in the recent series against Pakistan and Sri Lanka before that. Martin Guptill and Kane Williamson have been particularly outstanding. Ross Taylor’s steadying presence will be missed by the Black Caps at No. 4. Another concern will be whether McCullum can get ticking in the opening slot. ALSO READ: James Faulkner expects 400+ scores in New Zealand series on smaller grounds

Youngsters of the likes of Henry Nicholls, Mitchell Santner have stepped up in times of trouble which is a big bonus for New Zealand. They will seek to continue impressing the selectors. All rounders Corey Anderson and Grant Elliott will have to go big with the bat. Elliott in particular has been off-colour in the discipline that gave him hero status in the World Cup.

Australia’s batting order will be sans the services of Aaron Finch. David Warner will be accompanied by Shaun Marsh as the fellow-opener. Steven Smith and George Bailey batted well together against India and that will be a point of bother for the Kiwis.

All rounder Mitchell Marsh scored a fine, under-pressure ton against India at Sydney and will look to further his batting reputation. Glenn Maxwell, with his textbook of unconventional, field-defying shots will be the point of focus in the New Zealand camp as they plot the rivals’ downfall.

The teams share a concern; the wicketkeepers in either side have been misfiring with the bat. Black Cap Luke Ronchi has been in atrocious form, while Matthew Wade has done about just enough to not warrant that adjective, but is still way below where he would like to be.

Where New Zealand have bit of an upper-hand is perhaps in the bowling area. The likes of Matt Henry, Trent Boult and Adam Milne have been in fantastic form and bowl well in tandem. Moreover, all rounders Anderson and Elliott have played their role to the tea. Elliott might be enduring a cumbersome time with the bat, but has pleasantly surprised all (except his opponents) with his gentle-paced outswingers.

On paper, the Australian attack does not lag behind a whole lot. However, not one of them has ever bowled in New Zealand and making the adaptations to suit the uniquely shaped Eden Park may prove a task too daunting. Josh Hazlewood will have to lead the attack featuring Kane Richardson, John Hastings, James Faulkner and Mitchell Matsh.

Both teams are light in the spin department. New Zealand’s all round left-arm orthodox option Santner is perhaps a tad more proficient at the trade than Australia’s part-time off-spinner Maxwell. Australia have Adam Zampa but has been excluded from the first game. New Zealand have given Ish Sodhi a last-minute call up to the squad in light of the amount of turn Eden Park was producing in the previous match against Pakistan and has a reasonable chance of playing.

The sides are well-matched and although most of the Australian team has never played an ODI in New Zealand before, they will take comfort from the fact that those conditions are not far removed from some of the ones they face back home. It should be an exciting first game. 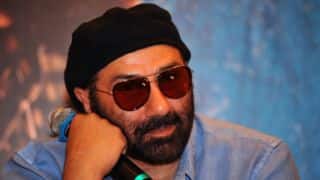 Sunny Deol considers himself a sportsman