The Bangladesh coach is wary of New Zealand, smarting from their ODI series loss to India.

Bangladesh coach Steve Rhodes said his charges were relishing being underdogs as they chase a maiden victory over the Black Caps on New Zealand soil on Wednesday.

The tourists have never beaten the hosts in any format during four previous tours to New Zealand but Rhodes said they should not be written off ahead of the first one-day international in Napier on Thursday. (READ MORE: Guptill returns as Munro dropped for first two Bangladesh ODIs)

“We know it’s going to be very difficult, we’ve got to be realistic,” the Englishman told reporters. “But we quite like being underdogs. We can surprise a few people being an underdog and I think New Zealand know they’ve still got to play some very good cricket to beat us.”

Rhodes said Bangladesh’s task had been made tougher by the injury-enforced absences of allrounder Shakib Al Hasan and paceman Taskin Ahmed.

He said the gruelling Bangladesh Premier League had been a mixed blessing for his players as they prepare for a New Zealand tour that includes three one-day internationals and three Tests. (READ MORE: Mashrafe Mortaza confident of success in New Zealand)

“It’s been a hard grind but a great competition as well (with) lots of positives in terms of experiencing tough cricket,” he said. “But it’s taken its toll and the preparation is not ideal. I only hope that on the day we show that we can play some cricket.”

While his players were battle hardened, Rhodes said they must be wary of a New Zealand side still smarting from a 4-1 ODI series loss to India.

“I think they’ll use those bruises to bounce back and we’ve got to be ready for a tough New Zealand turning up,” he said. Bangladesh are still buoyed by their own 2-1 ODI series win over the West Indies in December and Rhodes said his side was far more experienced than those that previously toured New Zealand. It’s a really big task but it doesn’t mean we can’t win.” 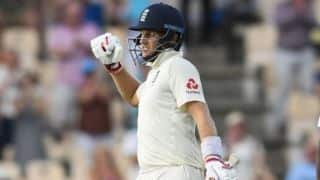