Despite the first two days being washed out due to rain, New Zealand have put themselves in a strong position to win the Test.

Bangladesh have a difficult task ahead of themselves as they need to bat out the final day to save the ongoing second Test against New Zealand on Tuesday. (READ: Taylor goes past mentor Crowe s hundred tally)

Despite the first two days being washed out due to rain, the hosts have put themselves in a strong position to win the Test. Bangladesh were bowled out for 211 in the first innings post in reply to which New Zealand declared at 436/6.

After conceding a 225-run lead, the tourists lost their top-three including that of in-form opener Tamim Iqbal (4). At the close of play, they were 80/3, still needing to score 141 more to make New Zealand bat again in Wellington.

“Definitely it is difficult but anything is possible in cricket. We still have seven wickets and Riad bhai (Mahmudullah) and Liton (Das) are yet to come,” Tamim said on Monday.

Tamim felt had they lost just one wicket on the fourth day, Bangladesh would have been in a better position for force a draw and therefore a good opening session on the final day will now be crucial to their chances.

“If we don’t lose any wicket or just one wicket in the opening session then there is a chance. Everyone is hoping that we can bat through all the sessions. Had we lost only one wicket, then we would have been in a better position as far as earning a draw is concerned. With three wickets down, we need to cross a long road,” he said.

Bangladesh currently trail the three-match series 0-1 and a defeat will result in another series defeat on New Zealand soil. “There is no point hiding that we will feel bad (if we lose). There was no cricket for the opening two days and the result has gone against us in the remaining three days. If we say that it does not hurt us, then we will be lying,” Tamim said. 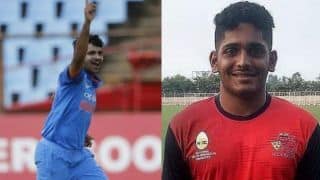